Home › Privacy & Security › Should I use a VPN? – VPN benefits and limitations

Should I use a VPN? – VPN benefits and limitations 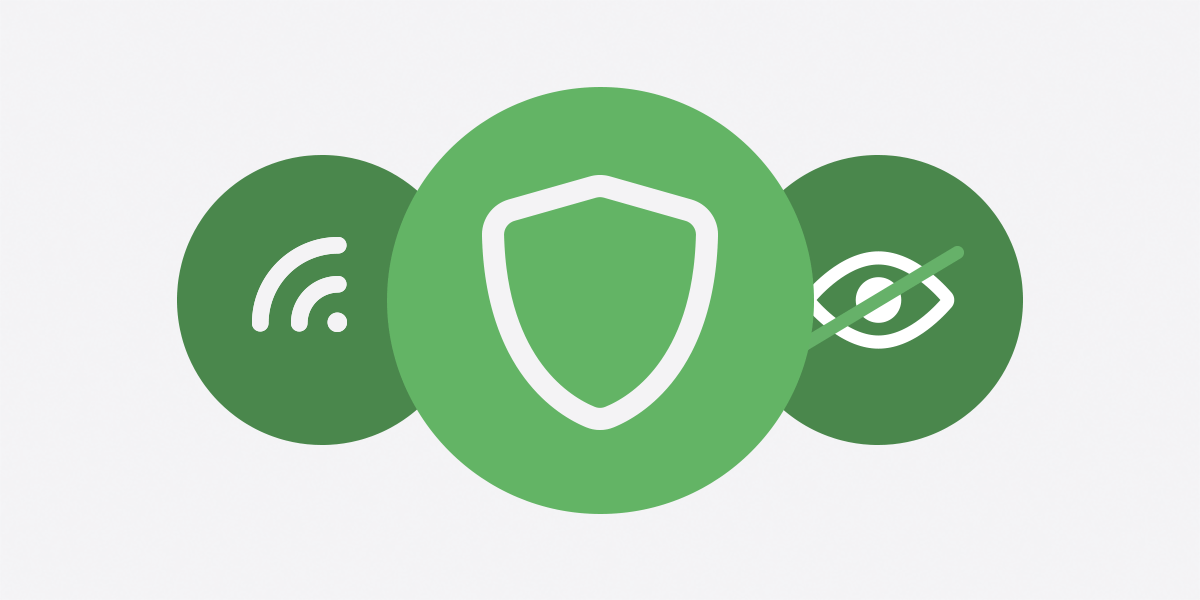 VPNs are not only necessary for accessing geo-restricted streaming content or hiding your personal data from your internet service provider (ISP). Using a VPN increases your overall security, privacy, and freedom online, regardless of how or why you are using the internet. In short, if you’re asking yourself “should I use a VPN?”, the answer will usually be yes.

Using a secure VPN is an easy way to:

In this article, we’ll explain why and when you should use a VPN, and some of the associated benefits and limitations of VPN usage.

What does a VPN do?

A VPN establishes an encrypted tunnel between your device and the VPN server. When you browse the internet using a VPN, all your traffic passes through this encrypted tunnel to a VPN server before reaching the public internet. This means your internet service provider cannot see what websites you are visiting and the website you visit cannot see your IP address or location.

Learn more about using a VPN:

We believe that everyone deserves privacy online. Using a VPN to encrypt your internet traffic is the most impactful way to protect your browsing activity from prying eyes. To protect your privacy all the time, we recommend using a VPN whenever you connect to the internet. The Proton VPN kill switch and always-on VPN features help ensure your browsing traffic is always protected.

It’s not just activists and journalists who benefit from VPN protection. Everyone can benefit from encrypting their online activity. Here’s why you should use a VPN:

Stop ISPs and governments spying on you

Without a VPN, your internet service provider (ISP) can see almost everything you do online. ISPs can exploit this capability to throttle certain websites or charge more for access to “premium” websites.

Many governments also use ISPs to conduct mass surveillance on citizens. With a VPN, it becomes more difficult for ISPs to carry out this surveillance.

When you use a VPN, your internet traffic is routed through an encrypted tunnel to a VPN server that sits between your device and the rest of the internet. That prevents your ISP — or in some cases, your government — from seeing which websites you visit.

It’s not just your ISP who can gather information about your browsing activity. When you visit a website without a VPN, the website can see your IP address and your location. A VPN can prevent websites from tracking you across the internet because it masks your IP address and replaces it with the IP address of the VPN server you’re using.

There are, however, other ways for websites to track users, which is why it’s also important to use a privacy-focused browser. For even more anonymity, you can use the Tor network. (Proton VPN offers one-click access to Tor servers.)

ISPs don’t just spy on you, they also monitor your online activity so they can slow down or block certain websites or file sharing protocols like BitTorrent. In some countries, governments also impose internet censorship to prevent citizens from accessing certain websites. These blocks are put in place to stifle protests, limit the spread of opinions which are critical of the government, or for “morality” purposes (for example, LGBT or gambling websites).

Using a VPN is your best protection against your ISP or government tampering with your ability to use the internet in an unrestricted way.

When to use a VPN

Although you can use a VPN every time you connect to the internet for maximum protection, there are times when using a VPN is crucial. These are times when your data is more at risk, or when you cannot otherwise access censored or restricted content.

The most important time to use a VPN is whenever you are connected to a public WiFi hotspot. Public WiFi has some vulnerabilities that can be exploited by hackers, making it risky to connect to public WiFi without a VPN. These attacks can include:

To find out more about these risks of public WiFi, read our public WiFi safety guide.

Using public WiFi without a VPN can also mean that the hotspot provider is able to sell your browsing metadata to advertising and analytics companies (this metadata includes the domains you have visited, when you visited them, and for how long).

If a website doesn’t use HTTPS, WiFi hackers and “evil twin” hotspots can also monitor everything you do on that website. HTTPS secures the connection between your browser and a website, so the widespread adoption of HTTPS over the last several years means that using public WiFi hotspots is not as dangerous as it once was.

One of the most popular reasons for using a VPN is to access video streaming services or other content which is unavailable in some locations. By using a VPN server in a different country, you can browse the internet as though you were in that country and access content that would otherwise be restricted.

For more information about streaming with Proton VPN, you can check out our streaming guide.

If you live in or travel to a country with restricted or censored internet, a VPN can help you access blocked websites. Using a VPN can also help you bypass censorship on a more local level, such as blocked websites on your employer’s or university’s network.

When you use a VPN, your traffic is encrypted so your internet provider cannot see the domains you are accessing. The people running your network cannot block what they can’t see, making a VPN crucial in accessing restricted content. For example, in 2018, when Proton Mail was temporarily blocked in Turkey, Proton VPN provided a way for users to bypass the government internet censors.

Knowing the limitation of a VPN

As with any security product, it is extremely important to understand the limitations of a VPN to avoid any false sense of security.

A VPN may not be effective against more sweeping forms of censorship. For example, an ISP may slow down or shut off your entire internet connection, or a website may block all traffic coming from known VPN servers.

Governments can also attempt to block connections to VPN servers, locking users into the local network.

However, some VPNs like Proton VPN make it easier to bypass blocks by providing multiple VPN protocols and alternative routing.

Using a VPN will never make you totally anonymous because the VPN provider will always know your IP address (at a minimum), and will always be able to view and store your internet activity if it wants to.

Many providers claim they do not store logs of your history, but this is only a promise; it’s technically impossible to create a completely private VPN service.In fact, some VPN services are actually malicious, or have lied to their users about their no-logs policy.

An alarming number of VPN services actually do more harm than good, according to an independent study. Thirty-eight percent of the apps they reviewed contain malware or malvertising, and 18% don’t even encrypt users’ data.

That’s why VPN trust is essential. We have published our VPN threat model so that our users understand precisely what Proton VPN can and can’t protect against. We are also open source and independently audited, so you can be sure our apps only do exactly what we say they do.

To learn more, read our guide to using a trustworthy VPN provider.

Protect yourself with Proton VPN

Now you know why you should use a VPN, you can start using Proton VPN right away for free. Or, if you already have a free account, consider upgrading to take advantage of our advanced security features.

As a community-supported project, we rely on support from people who sign up to a paid plan to keep the service running, so we can continue to provide free VPN to millions around the world.