Support Center / Download and setup / What is a kill switch?

What is a kill switch?

A kill switch is a security feature that protects your IP address in case you unexpectedly lose the connection to a Proton VPN server.

This means that even though you can’t use the Internet until Proton VPN reconnects, your IP address and DNS queries are safe from being exposed.

A kill switch is available to all Proton VPN users on macOS, Windows, Linux, and iOS/iPadOS. Newer versions of Android now have built-in kill switch feature, as explained below.

Please note that our regular kill switch feature can’t protect you if you intentionally disconnect from a VPN server. However, the feature does protect you while switching servers with Proton VPN.

Our Windows and Linux apps now also feature a permanent kill switch. In addition to protecting you from accidental VPN disconnections, this prevents you from accidentally using the internet without the VPN turned on, and it will persist when you shut down and restart your device. You will not be able to connect to the internet if you manually disconnect the VPN without also disabling Permanent Kill Switch.

How do I enable the kill switch?

Open the Proton VPN app and go to →  Countries tab → Kill Switch icon. You can choose between Kill Switch On and Permanent Kill Switch. 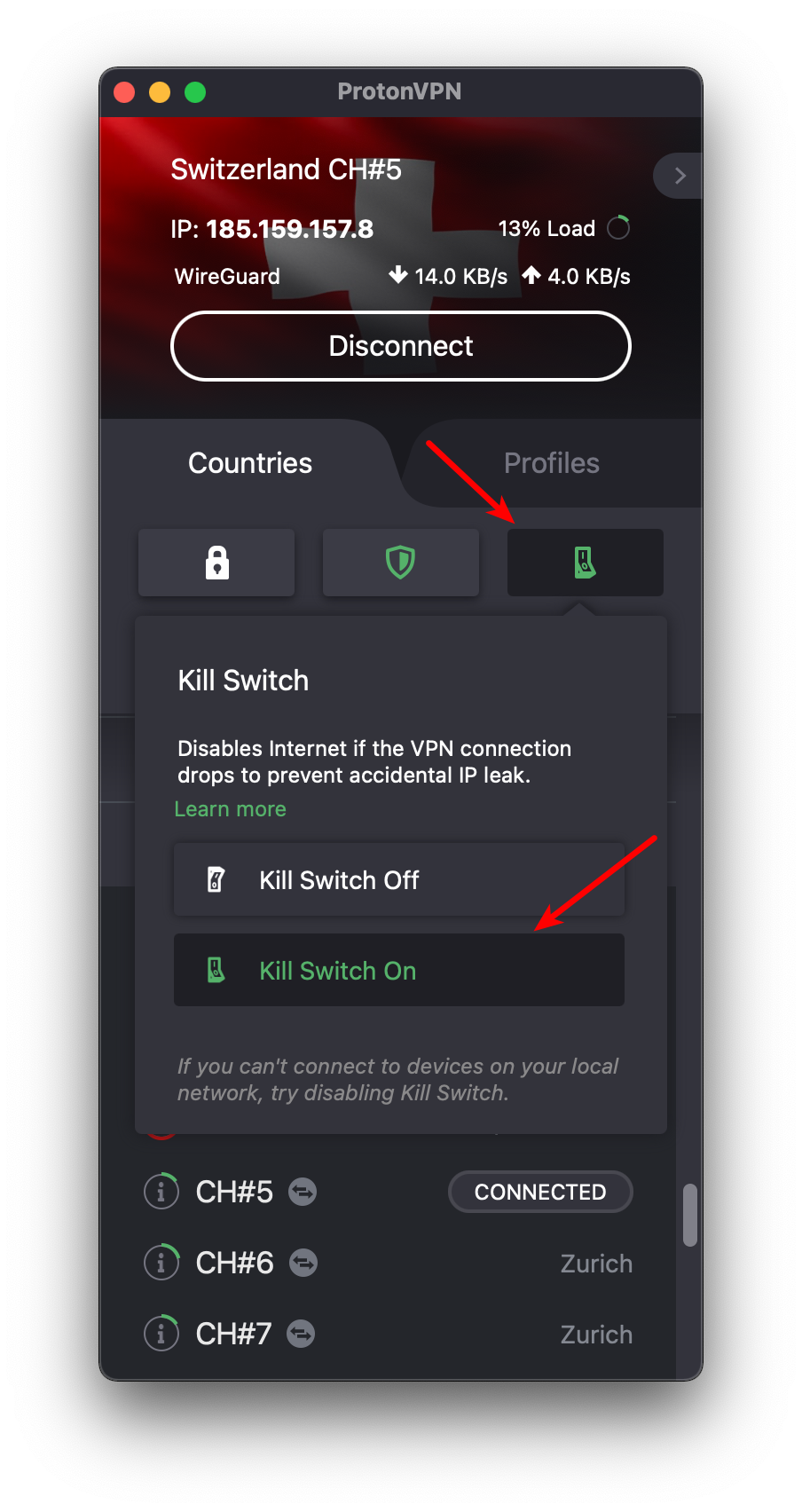 Open the Proton VPN app and go to →  Countries tab → Kill Switch icon. You can choose between Kill Switch On and Permanent Kill Switch. 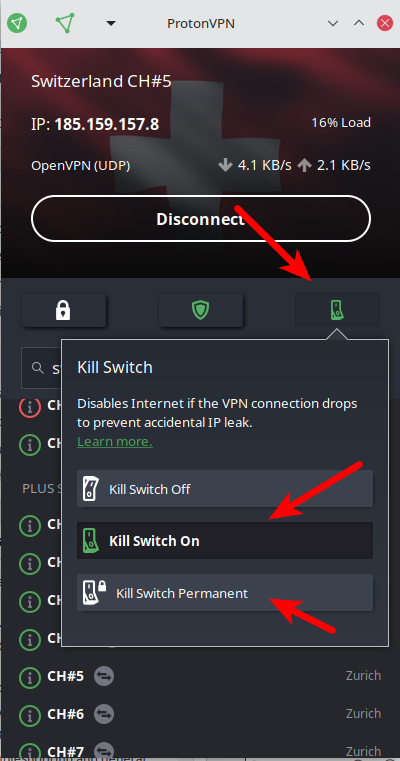 Or to enable the permanent kill switch, run:

You disable either kill switch with the following command:

If you are an Android user, follow these steps to enable Block connections without VPN:

2. Tap the gear icon next to Proton VPN.

3. Enable Always-on VPN and then Block connections without VPN. 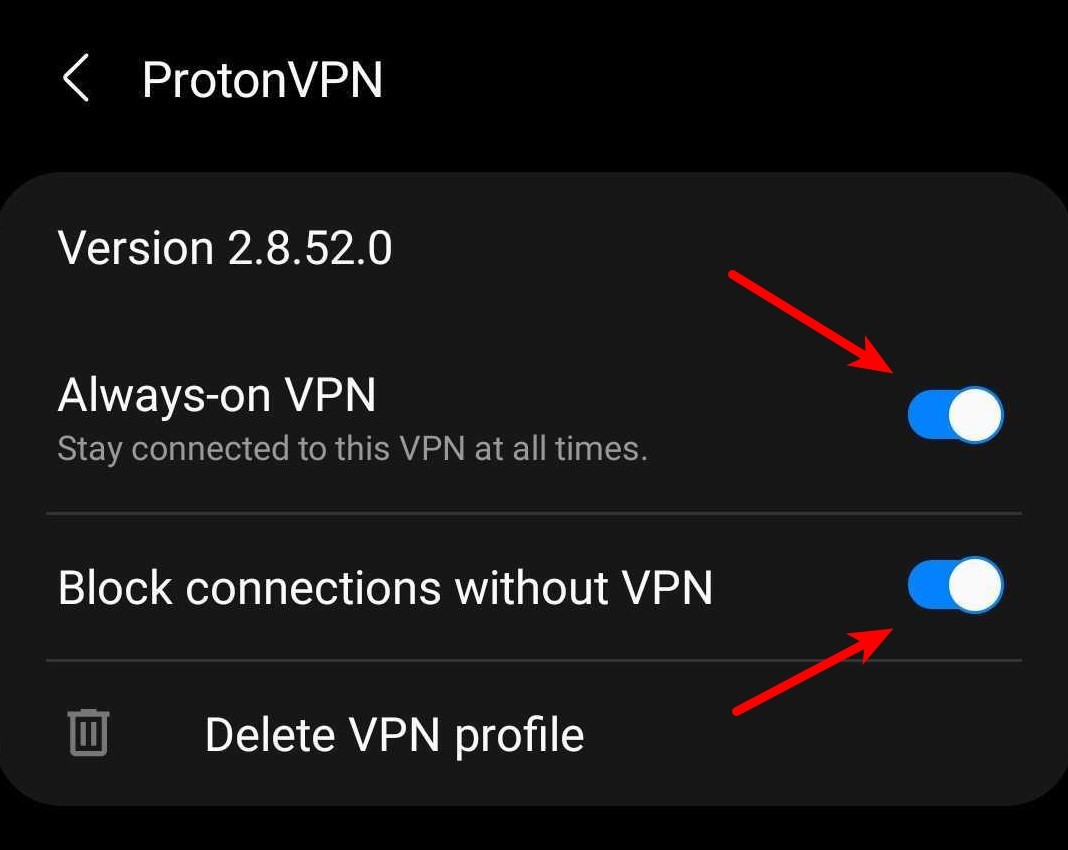 Open the Proton VPN app and go to Settings →Security Options → Kill Switch to toggle the feature on or off.

Because of the way iOS works, it is not possible to access devices on your local network when the kill switch is enabled.