Home › Privacy basics › Do you need a VPN on your iPhone?

Do you need a VPN on your iPhone?

Posted on December 16th, 2022 by Douglas Crawford in Privacy basics. 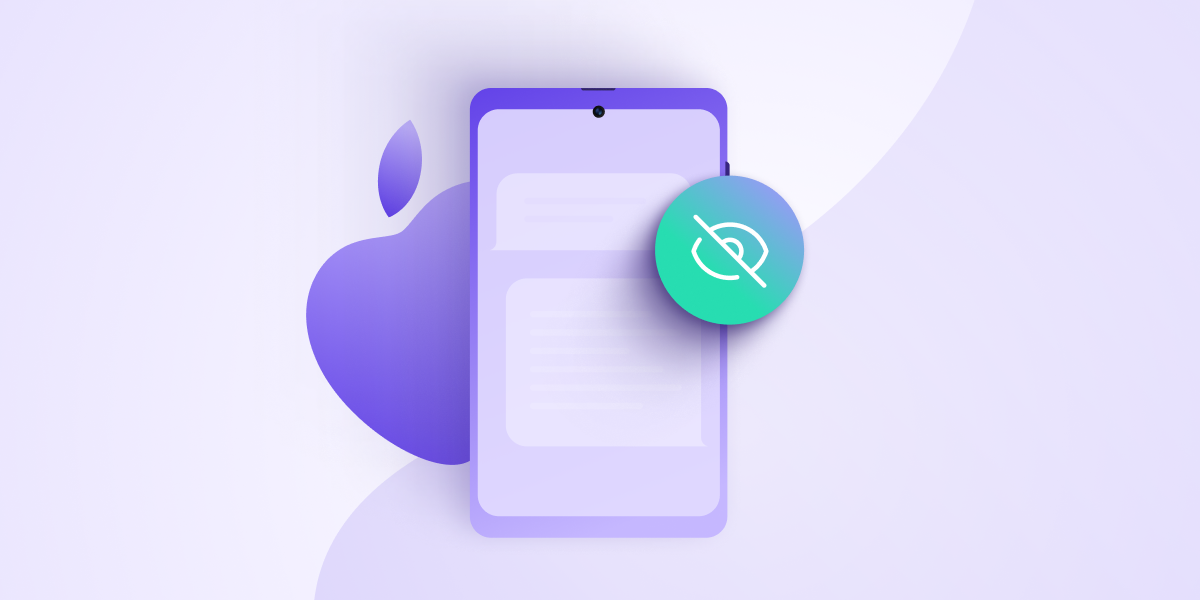 Your iPhone is a full-fledged computer that’s almost always connected to the internet and capable of doing almost everything a desktop or laptop PC can do.

Unlike more traditional computers (including Android phones), iPhone users are somewhat restricted in what they can download, thanks to Apple’s “walled garden” ecosystem, which it tightly controls via the App Store.

The plus side of this is that iPhones are (at least in theory) more secure than more open devices, so it’s natural to wonder if you need a VPN for your iPhone. The short answer is very much yes, but you should be aware of some aspects of using a VPN on any mobile device.

Additionally, there are aspects of using a VPN on iOS devices that are distinct to Apple.

What is a VPN on your iPhone?

When you use a VPN app on your iPhone (or iPad), you connect to a VPN server run by a commercial VPN service (such as Proton VPN) before connecting to websites or other resources on the internet (such as FTP servers and P2P peers).

Your phone carrier (or internet service provider if you’re using WiFi) can’t see what you do on the internet because all your data (including DNS queries) is encrypted as it travels between your iPhone and the VPN server. It can only see that you’re connected to the VPN server, not whatever you connect to on the internet after that.

The websites you visit using a browser (such as Safari) also can’t see your real IP address — they just see the IP address of the VPN server you’re connected to.

In March 2020, we reported that iOS does not correctly close open connections when you connect to a VPN server. This is a bug in iOS that affects all VPN services that Apple has still not fixed in iOS 16.

The VPN app will properly route any new connections through the VPN’s encrypted tunnel once it’s in place. However, connections that existed before the VPN tunnel was formed might continue to connect outside the VPN interface.

Our tests show that turning Airplane Mode on and off again after you have connected to a VPN server is an effective way to shut down existing connections. Then, when your device tries to reconnect, these new attamps will be correctly routed through the VPN tunnel.

Why do you need a VPN for your iPhone?

Using a VPN on your iPhone has several benefits.

Prevents websites from tracking you

If you’re connected to a VPN, websites can’t see your real IP address, which prevents their most basic and invasive tracking. All browsers on iOS now block third-party cookies by default, and websites must ask for your explicit permission to access your phone’s unique Identifier for Advertisers (IDFA).

All this means that using a VPN on your iPhone is particularly effective at preventing websites you visit from knowing who you are and tracking you across other websites you visit. However, you’re still vulnerable to tactics such as browser and device fingerprinting.

Hide your online activity from your ISP and government

A VPN prevents your ISP (including your phone carrier) from knowing what you do online. And because mass-surveillance programs rely heavily on data collected by ISPs, a VPN is also highly effective at preventing untargeted surveillance by your government.

However, it will not protect against target government surveillance measures aimed specifically at you as an individual.

There’s a great deal of hype over how VPNs protect you when using public WiFi. And it’s true that a VPN will prevent criminal hackers from using WiFi sniffing, “evil twin” WiFi hotspots, and other sneaky ways to access your unencrypted data when using WiFi hotspots.

Most internet connections these days are encrypted using HTTPS, so using public WiFi isn’t as dangerous as it was a few years ago. But DNS spoofing or DNS poisoning continues to be a risk because DNS requests are still often sent unencrypted to ISPs. A VPN protects against this, as it will route all DNS requests through the VPN encrypted tunnel to be resolved by its own DNS server.

Another issue is that many “free” public WiFi networks are commercial businesses that make money by selling your browsing metadata (such as which websites you visited) to advertising and analytics companies. Using a VPN prevents public WiFi hosts from knowing what you do online.

Governments worldwide try to prevent their citizens from accessing the free and open internet, denying them access to unbiased news and the chance to interact with other internet users around the world.

A VPN is one of the most effective ways to bypass such restrictions. Simply use your iPhone to connect to a VPN server located somewhere that doesn’t censor the internet.

Learn how to change your IP address on your iPhone

Stream your favorite shows when away from home

For copyright reasons, most streaming services you subscribe to aren’t available when you travel, or they show different catalogs of titles depending on which country you are in.

A VPN allows you to watch your favorite TV shows, movies, and sports events on your iPhone when traveling abroad.

With a Proton VPN Plus account, you can unblock a wide range of popular streaming services so you can watch the content you’ve paid for, no matter where you are in the world.

Although not strictly a function of the VPN itself, some VPN apps include a DNS filtering feature.

Beware of first-person tracking (including by Apple!)

Apple has worked hard to prevent third-party tracking on iPhones. That is, Apple blocks the ability of websites and apps that you aren’t currently viewing to track what other apps and websites you visit.

Apps and websites can no longer identify you by your IDFA without asking permission, but once you sign in to a service, it will know who you are and can track everything you do on that service. Unfortunately, this includes Apple apps and services.

For all its claims to protect your privacy, Apple tracks everything you do in the App Store and its News and Stocks apps and then uses that data to sell ads targeting you in those same apps. Not unfairly, Apple has been accused of blocking everyone else’s ability to track you while at the same time ramping up its own capabilities to do just that.

What is the best VPN for your iPhone?

Proton VPN offers a free VPN service with no data limits, no artificial speed limits, and no compromises to your privacy. We also have a full-featured iOS app. When you use Proton VPN, you get access to the following:

Upgrade to Proton VPN plus to access premium features such as:

Get Proton VPN for your iPhone now

How do you install a VPN on your iPhone?

To install Proton VPN on your iPhone:

4. Tap the Quick Connect button to connect to the fastest VPN server for your location, or choose a country or VPN server from the list.

Learn more about how to use Proton VPN on your iPhone

With a VPN on your iPhone, you can browse the web with much greater privacy than simply trusting Apple to protect it for you. You can also bypass censorship and use your phone safely on public WiFi.

And, of course, with a VPN for iPhone, you can watch your favorite Netflix shows, no matter where you are.