Posted on November 25th, 2021 by Douglas Crawford in Articles & News. 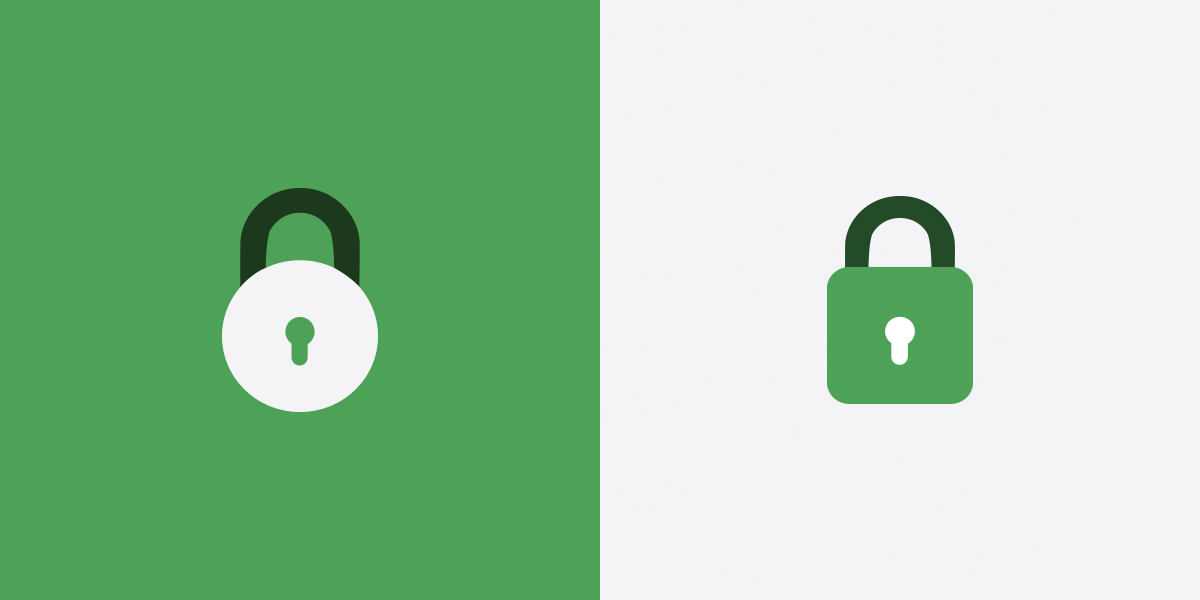 OpenVPN and WireGuard® are VPN protocols used to secure the connection between your device and a VPN server.

OpenVPN is beginning to show its age in terms of speed, performance, and efficiency, but remains widely regarded as the most secure and battle-tested VPN protocol available. The ability to run OpenVPN in TCP mode also gives it greater built-in anti-censorship capabilities than WireGuard.

First released in 2001, OpenVPN is an open-source VPN protocol that uses the OpenSSL library, TLS, plus a variety of other technologies to create a VPN connection that is both secure and stable.

OpenVPN remains the most widely supported protocol by commercial VPN services, although this dominance is beginning to be challenged by WireGuard.

Despite being 20 years old, OpenVPN is still widely regarded as the most secure VPN protocol available.

In large part this is due to documents leaked by Edward Snowden in 2013, which showed that the NSA could crack most VPN protocols in use at the time. The documents showed that it could crack OpenVPN, but only if a pre-shared key was used.

Properly configured OpenVPN with strong encryption settings, certificate-based authentication, and the use of forward secrecy to ensure each and every VPN session needs to be individually hacked is still considered the gold standard when it comes to VPN security.

The control channel establishes a TLS connection between the VPN client and the VPN server.

The whole process uses a symmetric key cipher, but the actual key exchange requires an asymmetric encryption system where a public key is used to encrypt the data, which can only be decrypted using a private key.

Let’s take a closer look at the encryption schemes used by OpenVPN:

AES is a symmetric key encryption cipher, meaning the same key used to encrypt the data is also used to decrypt it. Symmetric ciphers are much faster than asymmetric ciphers, such as RSA, which makes them the preferred choice for encrypting large amounts of data.

Widely regarded as the best symmetric key cipher yet devised, AES is certified by NIST and is used by the United States government to secure its data. AES has a maximum key size of 256-bits (AES-256), with the US government deeming AES-192 and higher sufficient to secure “top secret” information.

AES in OpenVPN can now be used in AES-(Cipher Block Chaining) or AES-GCM (Galois/Counter Mode) modes. Like the ChaCha20-Poly1305 cipher used by WireGuard (see below), AES-GCM is an authenticated encryption with associated data (AEAD) cipher.

This allows it to both secure data and authenticate it, removing the need for authentication using HMAC SHA. AEAD ciphers are also more efficient (and therefore faster) than SHA and have less of an overhead.

AES provides highly robust encryption, but if you want to send the data somewhere, you need a secure way to agree on a key.

Asymmetric encryption achieves this using public-key cryptography — the data is encrypted using a public key, which is openly published, but which can only be decrypted by the intended recipient using the correct (secret) private key.

A Diffie–Hellman key exchange (DHE) is a way to secure the TLS key exchange across an insecure channel (such as the internet). Indeed, OpenVPN can use DHE in this way.

However, DHE at lower key sizes is vulnerable to logjam attacks thanks to its reuse of a limited set of prime numbers, making its use to secure TLS key exchanges somewhat controversial (even where larger “safe” key sizes are used).

RSA is an asymmetric cryptosystem commonly used to secure TLS key exchanges. In OpenVPN, a DHE key exchange is then performed to agree on a (symmetric) key that secures the data.

There is no theoretical limit to key size length for RSA, but overlong key lengths result in a high computational overhead, and are thus slow and wasteful. Proton VPN implements RSA with a 4096-bit key size, which is sufficiently secure (by a fair margin) while also practical.

SHA is a cryptographic hash function used to authenticate data. When performed on any dataset it creates a unique fingerprint. If even one tiny bit of that data changes, the SHA fingerprint also changes, making it very useful for ensuring that data has not been tampered with.

Among its many uses, SHA prevents man-in-the-middle attacks during a TLS key exchange by validating the TLS certificates used during the exchange.

SHA-1 (a 160-bit hash function) is no longer considered secure, but SHA-2 is. OpenVPN only uses SHA to calculate hash message authentication code (HMAC) values anyway. These are much harder to attack than the SHA algorithm on its own, to the point where even SHA-1 is still considered secure enough for HMAC.

OpenVPN was independently audited by OSTIF and QuarksLab in 2016 following a successful crowdfunding campaign. One critical/high vulnerability was discovered, but this concerned susceptibility to a denial of service, and did not impact the security of users. It was also patched before the report was made public.

OpenVPN can be run over either UDP or TCP. UDP is faster, while TCP is more reliable, but the main advantage is that TCP is useful for defeating censorship by governments and other organizations.

By default, we route OpenVPN TCP connections over port 443. This is the port used by the HTTPS protocol that secures all sensitive communications on the internet, including online banking logins and shopping. It is therefore very difficult to block this port without “breaking” the internet.

It should be noted, though, that advanced deep packet inspection techniques can detect OpenVPN, no matter which protocol or port number is used.

When compared to the lightweight elegance of WireGuard, OpenVPN is relatively inefficient. It uses much more processing power than WireGuard, which makes it slower, especially on lower-powered devices.

Work on WireGuard began in 2016, quickly catching the interest of the VPN community (Proton VPN has supported the project since 2018). In March 2020, WireGuard 1.0.0 stable was announced, together with news that it would be merged into the 5.6 Linux kernel.

It is now also a stable release on all major platforms, including Windows, macOS, BSD, iOS, and Android. Public reception has been very positive, with support for WireGuard being one of our most requested features.

The Advanced Encryption Standard instruction set (AES-NI) is built-in to many modern processors, greatly improving the speed at which AES instructions can be processed. Since OpenVPN most often uses AES as its symmetric key encryption cipher, it benefits from this cryptographic hardware acceleration.

WireGuard enjoys no such dedicated hardware support (at least for now), but despite this, offers speeds comparable to hardware accelerated AES. This is partly due to the fact that it can leverage generalized hardware support for vectorized operations (for example using the SSE and AVX processor extensions).

WireGuard also connects much faster than OpenVPN, typically taking less than one second to establish a connection to a VPN server.

The core WireGuard protocol consists of just a few thousand lines of code, making it extremely lightweight. In addition to improved performance on low-end hardware, this translates to better battery life when running on devices, such as mobile phones and laptops.

WireGuard uses an amalgam of state-of-the-art cryptographic primitives to secure the VPN connection.

WireGuard’s lightweight nature (just a few thousand lines of code) is a serious boon when it comes to auditing the protocol.

WireGuard has undergone a series of formal verifications and computational proofs covering aspects of its cryptography, protocol, and implementation.

The protocol itself has been verified using the open-source Tamarin Prover security protocol verification tool, which anyone can re-run for independent verification.

In addition to all this, to be incorporated in the Linux kernel, the WireGuard Linux codebase was independently audited by a third party. No vulnerabilities were found, although “a good defense-in-depth suggestion” was made by the auditing team.

The math says WireGuard is a very secure VPN protocol, but it is still new, and has not proven itself in the field in the way OpenVPN has.

WireGuard uses the User Datagram Protocol (UDP) and does not support use over the Transmission Control Protocol (TCP), which makes it trivial to detect and block.

The good news is that it is possible (in theory at the present time) to add obfuscation techniques on top of WireGuard to improve its resistance to censorship.

Out of the box, WireGuard offers security, but not necessarily privacy. This is because WireGuard was designed to create one-to-one static VPN connections between the client (VPN app) and the VPN server.

Proton VPN addresses this issue by hardcoding our apps to begin every WireGuard VPN connection with the same internal IP address (10.2.0.2).

WireGuard’s design also means that, out of the box, it is not suitable for commercial VPN deployment where multiple users connect to the same VPN server at once.

This means that when your Proton VPN app connects to one of our VPN servers via WireGuard, the first NAT will rewrite the 10.2.0.2 IP address to a random but unique internal IP address that is assigned to your session.

From this point on, WireGuard works like any other VPN: The second NAT rewrites your session IP address again to the VPN server’s public IP address before it connects to your desired website.

With these innovations in place, your true IP address remains just as secure and private as it does when using OpenVPN.

WireGuard is now officially supported on all major computer operating systems (Linux, Windows, macOS, BSD, iOS, and Android), but it is not well supported on other devices.

Many routers include an OpenVPN client, for example, but although available as an experimental package for pfSense, support for the new protocol on router firmware is basically non-existent (for now, anyway).

So… which is better, OpenVPN or WireGuard?

Proton VPN now uses WireGuard by default because it is secure while also being faster and more efficient than OpenVPN. Under our implementation, it is also just as private as OpenVPN. We therefore believe it is the best VPN protocol for most of our users most of the time.

However, there are situations where OpenVPN may be the preferred option:

What about IKEv2 vs. OpenVPN or WireGuard?

IKEv2 remains a good, fast, and secure VPN protocol, and Proton VPN continues to support it for these reasons. However, it has to be said that there is little reason to choose IKEv2 over WireGuard.

What about PPTP vs. OpenVPN or WireGuard?

PPTP is an obsolete VPN protocol whose security weaknesses make it unfit for purpose. We do not think any responsible modern VPN service should offer PPTP as an option to its users.

What about L2TP/IPSec vs. OpenVPN or WireGuard?

L2TP/IPsec remains widely used and is still broadly considered secure, despite evidence that it has been cracked by the NSA and that it was deliberately weakened during its design phase. The common practice among some commercial VPN services of using pre-shared keys is also a concern.

The bottom line, however, is that L2TP/IPsec offers no advantage over more modern VPN protocols, such as IKEv2 and WireGuard, while also not offering the tried and tested security and anti-censorship capabilities of OpenVPN.

What about SSTP vs. L2TP/IPSec vs OpenVPN or WireGuard?

SSTP uses SSL 3.0 to secure VPN connections. It offers many of the advantages of OpenVPN, and as a Microsoft-developed standard, benefits from tight integration with Windows.

However, it is a proprietary standard, and concerns over SSL 3.0’s vulnerability to POODLE attacks (which may or may not affect SSTP) have done nothing to inspire confidence in the standard.