Support Center / How to install a VPN on Elementary OS

How to install a VPN on Elementary OS

Our app officially supports Elementary OS 6.0 Odin.  Users of our old community Linux app are advised to uninstall it before installing the new app. Instructions for doing this can be found in the notes section at the end of this article. 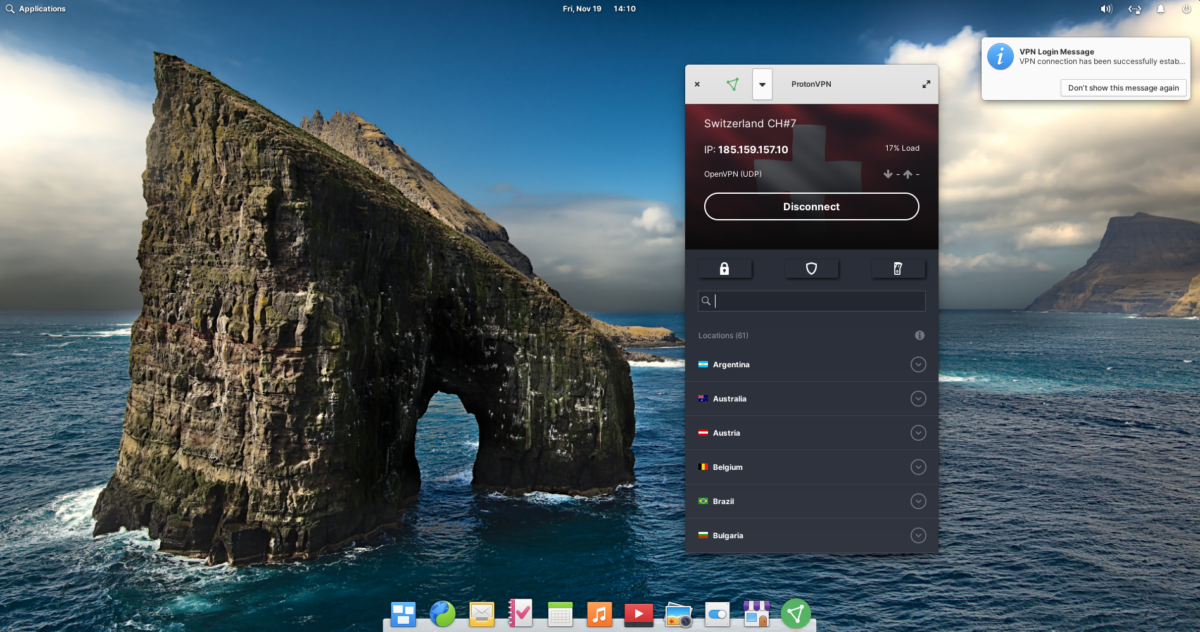 1. Get the DEB setup package for the ProtonVPN repository

Replace {/path/to/} with the path to where you download the file. For example:

The ProtonVPN Linux app is now ready to secure your internet browsing and allow you to access the internet without censorship blocks.

Learn how to use the ProtonVPN Linux app

1. How to uninstall the official app

2. How to uninstall the old community ProtonVPN app

The ProtonVPN community app is no longer recommended and should be uninstalled before installing our new official app. To do this, open Terminal and enter:

3. How to disable Kill Switch if you have uninstalled the oficial app

You should disable Kill Switch before uninstalling our official app. Failure to do so may result in your system being unable to access the internet. To remove the Kill Switch after the app has been uninstalled:

a) Identify ProtonVPN connection names by running the command:

c) Re-run the following command to verify that ProtonVPN connections have been deleted:

If any ProtonVPN connections remain, delete them as described above.

Elementary OS comes with gnome-keyring pre-installed, so no additional action is needed on your part.