How to install a VPN on Debian 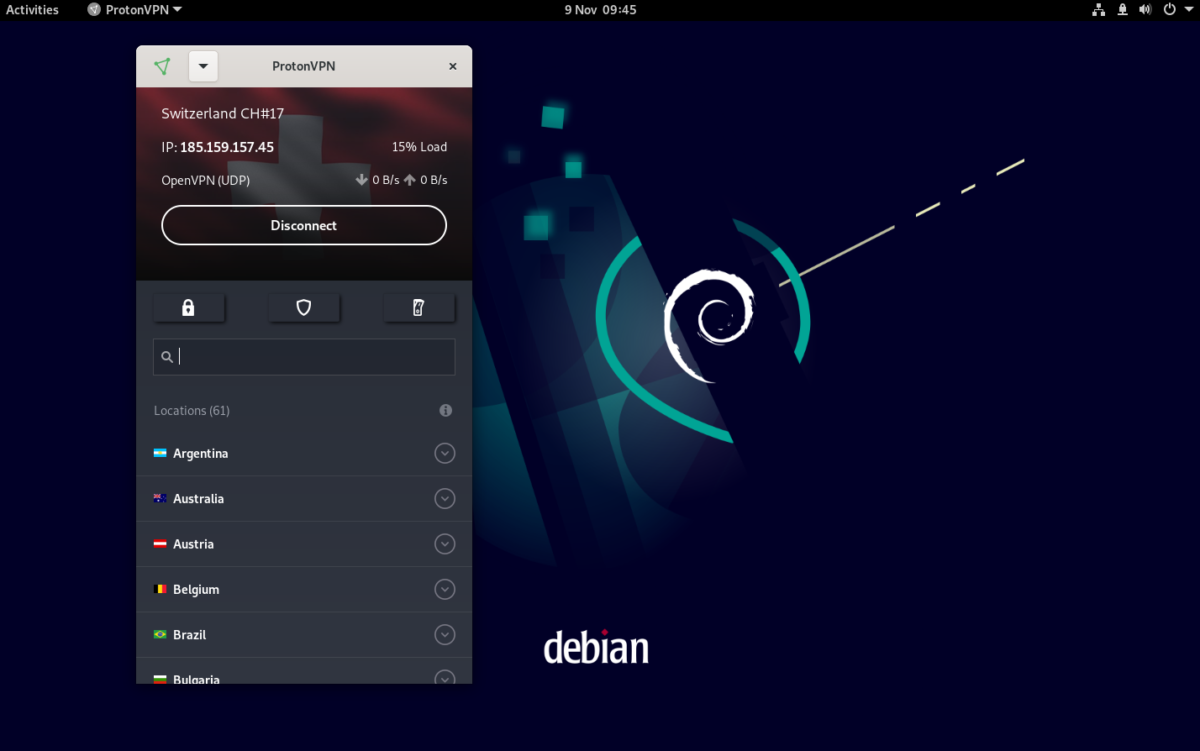 This package contains the repository configuration and keys that are required to install the Proton VPN app.

The following command updates the list of available packages and their versions. Doing this allows you to install the Proton VPN App. Open Terminal and enter:

Note: The system tray icon may not work on Debian 11 because it requires dependencies that have been deprecated.

2. Disable Kill Switch if you have uninstalled the app

The Kill Switch can be easily disabled from within the official Linux app, but this will not be possible if you uninstalled the app first without disabling the Kill Switch. This may result in your system being unable to access the internet. To remove the Kill Switch after the app has been uninstalled:

4. Try out the early release version of this app

However, if you are new to Linux or are concerned about your threat model, we recommend that you download the stable version of our Proton VPN Linux app.

If you would like to install the early access version instead of the stable release of this app, download this package instead of the one linked to in step 1 of the guide above.

Instructions for the setup and use are otherwise identical to those for the release version of our app.