How to install a VPN on Fedora

The official Proton VPN Linux app replaces the old community version. If you are using the community-developed version of our Linux app it should be uninstalled first. Instructions for doing this are available at the end of the article. Our official app supports Fedora  34, 35, and 36 (Fedora 31, 32, and 33, are no longer officially supported). 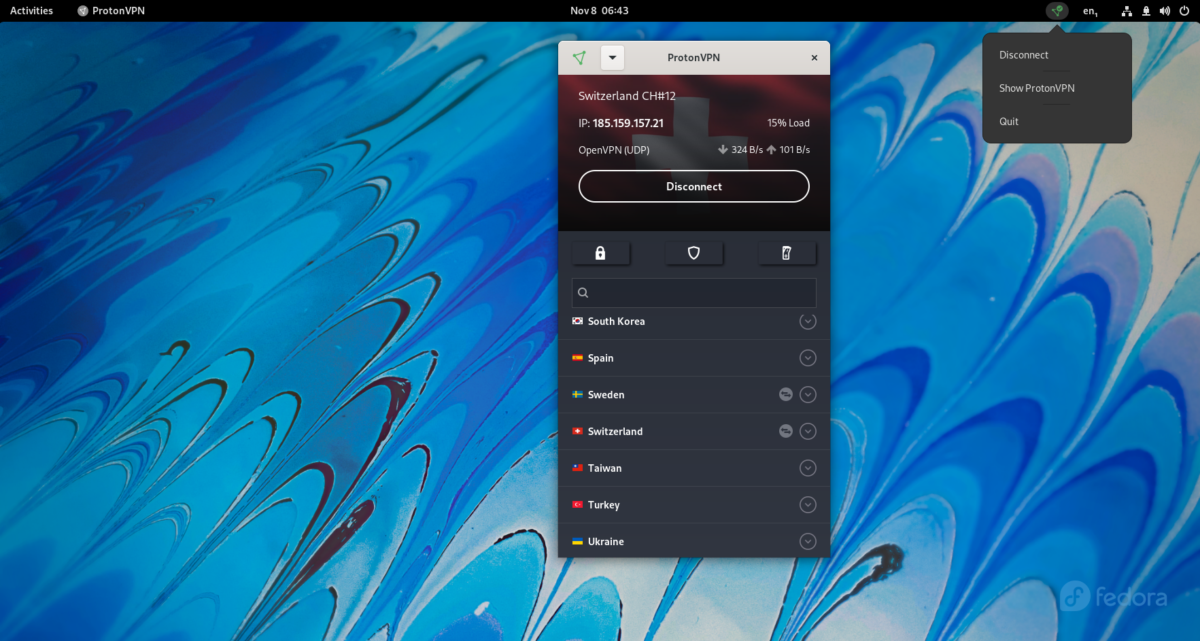 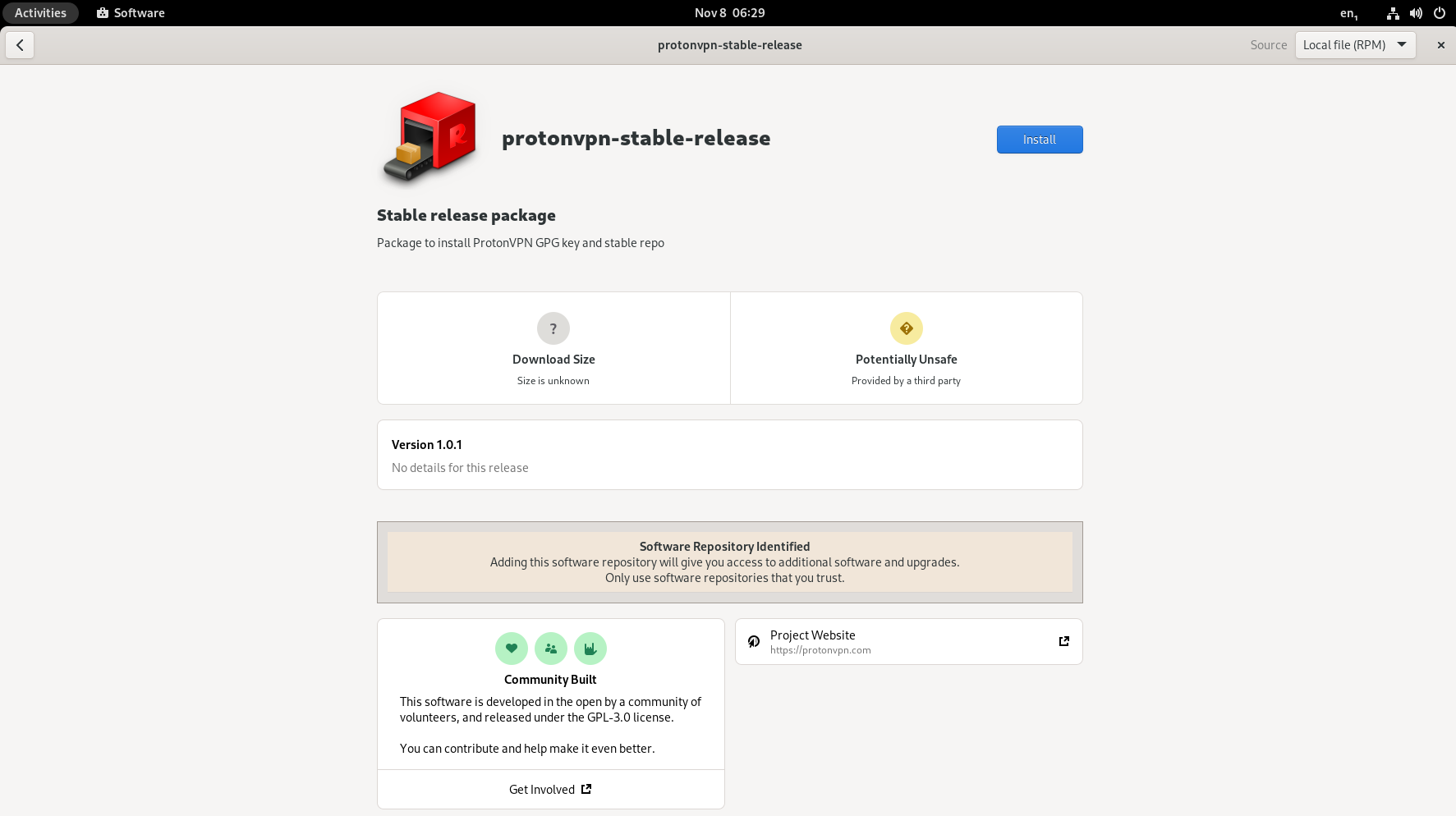 If the system tray icon does not show, open the GNOME extensions, go to Appindicator and KStatusNotifieritem and toggle the switch on.

The GNOME extensions app can be installed using:

To uninstall the official app, run:

Check if all Proton VPN packages are uninstalled:

Check if any Proton VPN folders remain on your system:

If any folders are found then remove them using:

Check again that all folders are removed (see last step above).

2. How to uninstall the community-developed Proton VPN app

3. Disable Kill Switch if you have uninstalled the app

If you need to uninstall our official Linux app, please disable Kill Switch first, or your system may be unable to access the internet. To remove the Kill Switch after the app has been uninstalled, use the following instructions:

Note that most distros come pre-installed with one of these dependencies, so in most cases, no further action is required. Also needed is: