Posted on November 20th, 2019 by Richie Koch in Releases. 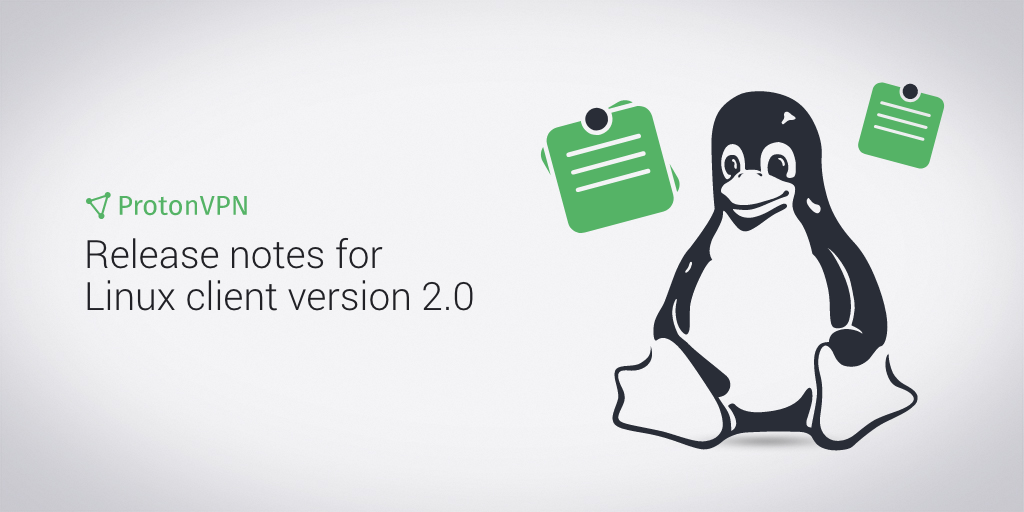 We’re proud to release version 2.0 of the ProtonVPN Linux client. Entirely rewritten in Python, the new version of the client is lighter, faster, and more stable. Version 2.0 also includes the Kill Switch feature, which keeps your data private, even if your VPN connection is interrupted.

The Kill Switch prevents your IP address and DNS queries from being exposed if you are disconnected from a VPN server for any reason. If you enable the Kill Switch feature and your VPN connection is disrupted, Kill Switch will block all your device’s external network traffic. It will remain blocked until you manually reconnect to a VPN server.

Then type 5 to select the Kill Switch settings. You will then need to enter y to confirm you want to enable Kill Switch.

The version 2.0 client also has a form of Split Tunneling that allows you to exclude specific IP addresses from the VPN tunnel. By excluding some IP addresses from your VPN connection, you can browse the Internet as though you are in two places at once.

To use Split Tunneling, enter protonvpn configure into the ProtonVPN client’s command line. Then type 6 to select the Split Tunneling settings. You will then need to enter IP addresses you wish to exclude from your VPN connection.

The new, streamlined code not only makes version 2.0 of the Linux client easier to maintain, but it should also contribute to a more robust and reliable user experience. You can expect a more stable client and an improved algorithm to discover which VPN server will support the fastest connection speed.

The security of the new client has also been upgraded, with improved DNS leak and IPv6 leak prevention.

Version 2.0 serves as the foundation for future developments, including the introduction of a graphic user interface. We also plan to add support for automatic VPN connection on boot and automatic reconnects.

We have received many requests for an upgrade of our Linux client, which is not surprising given the popularity of Linux in the IT security community. Indeed, the majority of ProtonVPN’s infrastructure relies on Linux. Version 2.0 of our Linux client was created by Rafficer, who is an active member of the Proton community. As a long-time ProtonVPN user and supporter, Rafficer felt that the Linux client could be improved, and he took it upon himself to design the new client, reaching out to the ProtonVPN Team for help finishing it off. Thanks to his work, Linux users everywhere can access the security and privacy of ProtonVPN without sacrificing performance.

Download ProtonVPN for Linux today to keep your online activity secure and private.

Note: The previous Bash version of protonvpn-cli will no longer be maintained by the ProtonVPN team. This previous version has been superseded by version 2.0. Since version 2.0 has been completely rewritten in Python, you cannot use the --update command. You must install this latest version manually.

You can find installation instructions, along with the most up-to-date documentation about the new ProtonVPN Linux client, on our project page on GitHub. The usage guide is also helpful, and explains in detail how to activate the Linux client’s features.