Home › Privacy & Security › Are free VPNs safe to use?

Are free VPNs safe to use?

Posted on December 17th, 2018 by Richie Koch in Privacy & Security. 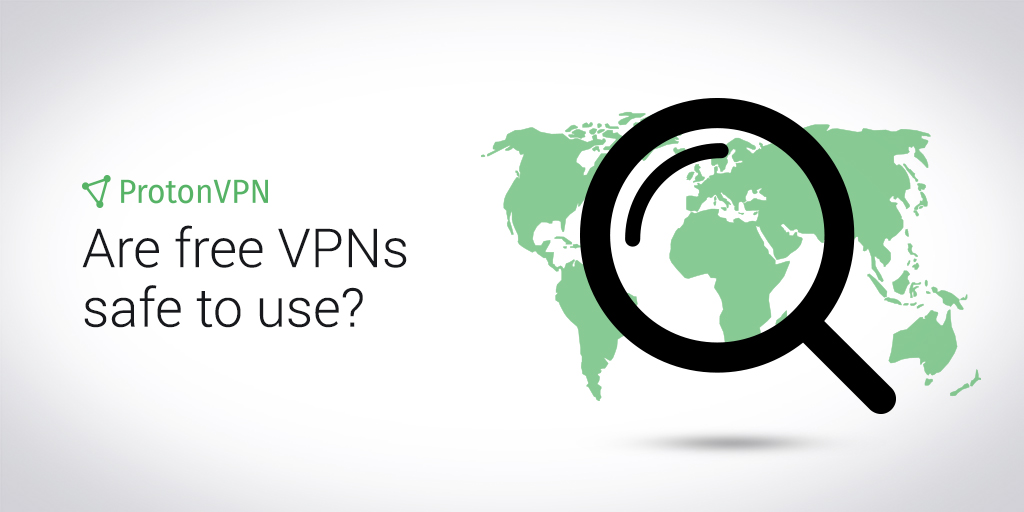 When it comes to protecting your privacy, free services have a poor track record, as most are subsidized by selling your data. Here’s why Proton VPN’s free VPN service is different.

The phrase “if you’re not paying for a product, you are the product” has been proven correct time and time again. The classic examples are Facebook and Google, which don’t charge you for their products but instead sell advertisers access to you and your profile. The vast majority of free VPN services are unfortunately doing the same thing, selling your data to advertisers when they are supposed to be protecting your privacy. Free VPN services that have been caught doing this include Hola in 2015, Betternet in 2016, and Hotspot Shield in 2017. Generally speaking, free VPN services are too good to be true and should be avoided.

Proton VPN however, is an exception to this rule. Our free VPN is the only one in the world with no ads, no malware, no logs, and no bandwidth limits. We do not sell your data because we do not collect it in the first place, and we do not attempt to generate revenue from our free users. This promise is backed up not only by our word but also by third-party assessments and Swiss and European law. We are also one of the only free VPN services to open source all our apps.

How can Proton VPN provide an unlimited free VPN?

It costs money to run VPN servers, develop applications, and provide customer support, which means that VPN services need to bring in revenue, one way or another. Free VPNs typically do this by abusing your privacy and selling your data to advertisers. Proton VPN, however, utilizes a different model. Free plans are partially subsidized by paid plans, which come with additional features, such as servers in 30+ countries, higher speeds, our Secure Core network, and support for P2P file sharing and streaming services (Netflix VPN, etc.).

The main reason Proton VPN provides a free plan is that it is run by the same team of scientists who created Proton Mail, the world’s largest secure email service, and the free VPN service is paid for by Proton Mail. Proton VPN’s mission is to ensure that even in countries with strong censorship, Proton Mail will remain accessible. This unique reason is why Proton VPN is provided for free without bandwidth limits, and without the need to generate revenue from free users.

How to tell if a free VPN service is safe to use?

Understanding the finances of a free VPN service is the first step in knowing if it is safe to use. Unless there is a clear source of revenue, the service is likely not actually “free”, but engaged in some form of data selling. There are also several other important factors to consider.

VPNs based in Europe (or that serve European customers) are subject to the EU’s General Data Protection Regulation (GDPR). Under the GDPR, companies must disclose what data they collect from their users. If they do not, they face fines of up to €20 million. These fines generally mean that VPN companies must be transparent in their privacy policies about how they use your data. Thus, checking the privacy policy will inform you if a free VPN service will abuse your privacy. Proton VPN’s privacy policy clearly states that we do not log our users’ online activity, and we are obligated by law to follow that.

A VPN relies on encrypting your internet traffic to keep it private. Not many VPN companies have the security expertise to do this. Proton VPN secures user data with AES-256 encryption with a 2048-bit RSA handshake and HMAC SHA 256 authentication. We also exclusively utilize encryption with Perfect Forward Secrecy, perform automatic rotation of encryption keys, and include DNS leak protection. These technical security measures cover all users, including our free users.

Advanced encryption should be combined with legal security. Proton VPN’s headquarters is in Switzerland, a country with some of the world’s strongest data protection laws, which allows us to offer a higher level of privacy protection to our users. In particular, Switzerland is not a party to either the 5 Eyes or 14 Eyes surveillance agreements.

When you use a VPN, you are essentially trusting that company with all of your internet traffic. This access to your data means you should know exactly who is running the service. Proton VPN is one of the only VPN companies that is completely transparent about who runs the service. Proton VPN is developed by the team that created Proton Mail, and we have a long track record of working on security, privacy, and open-source software.

VPN services can claim anything, but unless they have been independently verified, you are stuck with taking them at their word. Proton VPN is unique in that our security and no-logging policies have been analyzed and assessed by a trusted third party. After evaluating dozens of VPN services, Proton VPN was selected by Mozilla to bring VPN encryption to Firefox users. This partnership makes us one of the only VPN services that have had our claims checked by a trusted outside party.

All of our VPN apps are open source, which means you can look up and verify our code at any time. While our apps have already been inspected by Mozilla, we submitted them to another independent audit by the security firm SEC Consult as part of the open sourcing process. Now that our code is open to outside scrutiny, we can leverage the IT security community to help us find and fix potential vulnerabilities.

Our mission is to create an internet where everyone is able to browse online with security and privacy. Part of this mission is providing a free VPN. This free plan provides activists, journalists, and citizens around the world with a secure, private means of accessing the Internet. With no bandwidth limits, there is never a reason not to protect your online activity with a VPN.

You can get a free Proton VPN account here. Please also see Proton VPN reviews for a look at what independent reviewers think of our free service.