How to live stream the 2022 FIFA World Cup 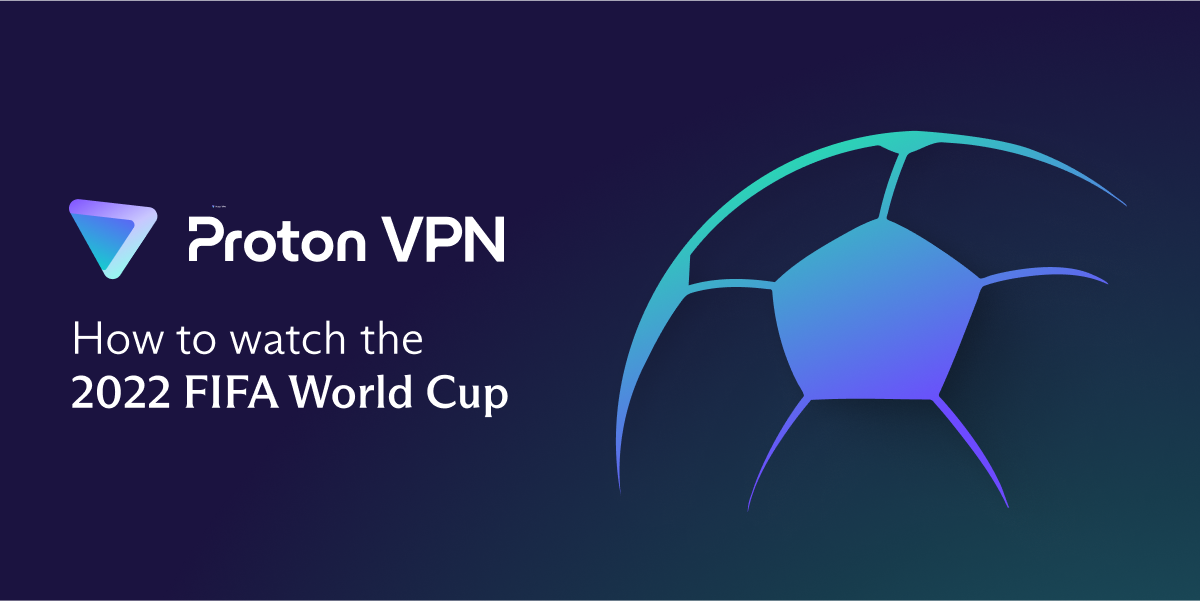 The FIFA World Cup is the biggest tournament in the football calendar, and its 22nd installment is kicking off in Qatar from November 20 — December 18 2022. You can live stream all of the 64 matches that make up the World Cup using Proton VPN.

FIFA is holding the World Cup 2022 in Qatar, a country that has particularly extreme heat during the summer. To help footballers cope with the climate of Qatar, FIFA decided to postpone the tournament for the first time until November, instead of during the summer months. The 2022 World Cup is also the first time that FIFA have held the tournament in an Arab country.

The best way to stream the FIFA World Cup matches live is by using a VPN. Using a VPN will allow you to tune in to your favorite local live sports streaming service even if you are away from your home country.

How to stream the World Cup with Proton VPN

You can stream the World Cup with Proton VPN Plus. Proton VPN Plus gives you access to our fastest streaming servers, so you can support your country’s team without lags or buffering.

Upgrade to Proton VPN Plus

The World Cup will begin with 32 teams who have been split into eight groups of four in a semi-randomized draw conducted by FIFA:

When are the 2022 FIFA World Cup matches?

The first match of the 2022 World Cup is on November 20th at the Al Bayt Stadium when the host team, Qatar, will take on Ecuador in the first of the “Group Matches”. The Group Matches continue every day as follows:

After the Group Matches, there will be a round of 16, followed by the quarter-finals, and semi-finals. The penultimate match determines 3rd place, and the final is held the following day.

After the World Cup is over, Proton VPN can continue to help you stream sports securely from anywhere. Our network of lightning fast VPN servers and VPN Accelerator technologies ensure that you always have a smooth streaming experience, whether you’re watching football or watching Netflix.

We regularly update our streaming guide with new platforms that Proton VPN supports.

*Proton VPN is a VPN service not intended to be used as a means of copyright circumvention. Please read the Proton VPN Terms of Service and the Terms of Use on your chosen streaming platform for more details.