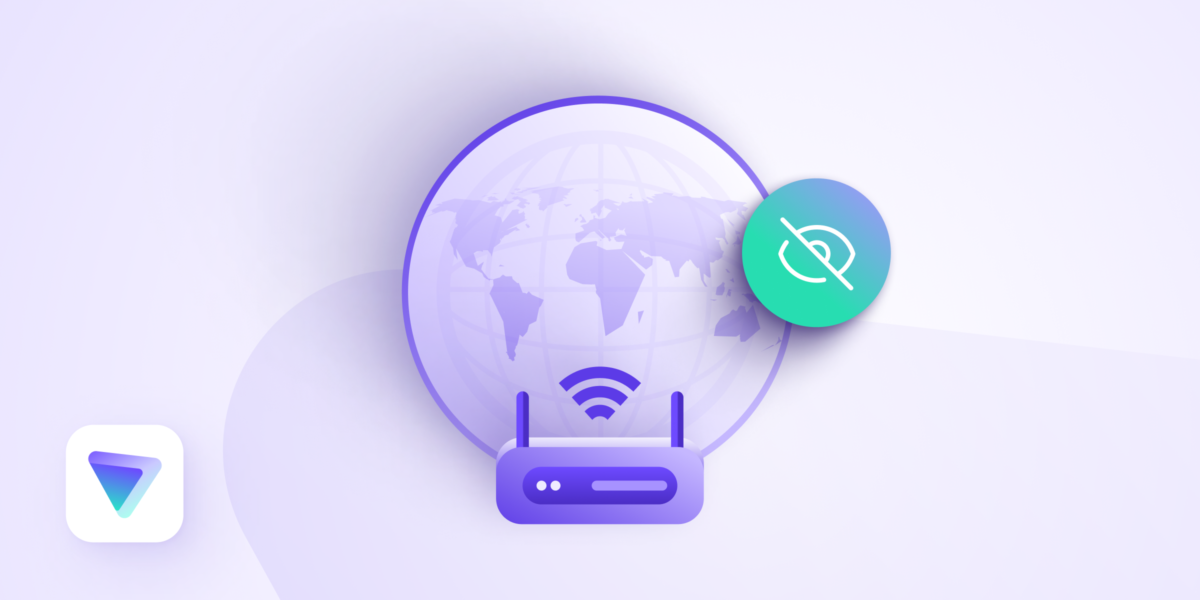 A VPN is one of the best ways to protect your online data and prevent your internet service provider from spying on your browsing history. However, a VPN only protects your internet connection on the device it’s installed on — unless you set up the VPN on your router.

By running your VPN, not on your smartphone or laptop, but your router, you are shifting the VPN’s security coverage from a single device to your entire network. All the devices connected to your WiFi network will have their traffic encrypted by the VPN tunnel.

You can set up Proton VPN on your home local network and protect all of your network traffic. There are a few ways to do this:

Four reasons to set up a VPN on your router

Most people set up and use a VPN on individual devices rather than setting up a VPN on their router for network-level coverage. Although it takes a little more work than simply installing Proton VPN on your devices, there are several good reasons to set up a VPN on your router instead.

1. No need to set up a VPN on each device

However, you should still install a VPN app on your mobile devices, such as your laptop and smartphone, as your data will not be protected by the VPN on your router if you are connected to public WiFi or your mobile network.

More and more devices, like smart speakers and smart TVs, are connecting to the internet. Many of these smart devices do not support a VPN app. (How would you even install a VPN on your smart microwave in the first place?) This means that your internet service provider can monitor all the activity of the smart devices in your home — unless you set up a VPN on your router.

If you have installed a VPN on your router, any device that is connected to it will have its traffic encrypted, including smart devices. This adds a much-needed layer of security to the smart devices in your home.

Installing a VPN on your router could also help access blocked content if, for instance, your smart TV comes equipped with a YouTube app. By setting your location to another country, you can access shows and movies that would otherwise be geo-blocked in your location.

3. Securing your data is even easier

While signing into a VPN app is not difficult, it may be beyond the technical abilities of others in your home, especially if you live with children or elderly relatives. By setting up a VPN on your router, you can protect the traffic of everyone in your home at once.

Setting up a VPN on your router also protects your guests without them needing to download Proton VPN onto their device or having to compromise the security of your password by sharing it with them.

By running a VPN on your router, using VPN protection is as easy as just connecting to your WiFi.

4. A router protects your entire household with one device

A router counts as a single device when you are looking at how many connections you can have on your VPN at once. As previously mentioned, your router then provides a VPN-protected connection to everyone who is connected to your router, no matter how many devices you connect to it. Even if your whole family is browsing the internet on their smartphones at the same time, if they are all connected to your VPN-equipped router, then that router is the only device that counts towards your connection limit.

Installing a VPN on different types of routers

Depending on the type of router you have, you can either install a VPN manually or flash the router with third-party firmware. However, both of these methods come with their drawbacks: installing a VPN manually on a router can be complex and time-consuming, and when you flash a router, there’s a small chance you will “brick” it, or render it inoperable.

You can set up a VPN connection yourself on any router that supports the OpenVPN or IKEv2 protocol. Generally, routers that support the OpenVPN protocol will be advertised as having a “VPN client” package or similar — so look for this language if you are considering buying a new router.

If you prefer to install Proton VPN on a router you already own that doesn’t have a VPN client package, you can try to “flash” your router by installing third-party firmware such as DD-WRT, Fresh Tomato, or OpenWRT onto it. This firmware replaces the standard firmware of your router so it can connect to a VPN. (Here is a list of all the devices supported by DD-WRT.)

How to install Proton VPN on your router

Setting up a VPN on your router can be a daunting task that could result in bricked hardware, so we only recommend it for tech-savvy users. If you’re feeling brave, then here are our guides on setting up a Proton VPN connection on routers yourself:

If you find the reasons to use a VPN router persuasive but are concerned about trying to set up a VPN for your router yourself, then you can buy one that is pre-configured for VPN connections. This means you will be able to connect to Proton VPN from your router right out of the box without any manual setup.

Simply plug the InvizBox into your existing router/modem and sign in using your Proton VPN account details. Then you will be able to connect as many devices as you like to it over WiFi. In addition to all the protections that installing a VPN on your router provides, the InvizBox is 100% open source and allows you to configure different VPN profiles (for example, a streaming profile and a local high-speed profile).

Visit the InvizBox website to purchase the Proton VPN compatible router from InvizBox. We also have a detailed guide on how to set up the InvizBox 2 with your Proton VPN account.

Flashrouters is a company that specializes in flashing routers with DD-WRT firmware, so you do not need to “flash” the router yourself. DD-WRT handles the firmware modifications necessary to run a VPN on a router, and the Flashrouters Privacy App allows you to manage the VPN settings on your router via a simple graphic user interface. As of August 2021, Flashrouters also supports WireGuard.

Flashrouters’ Privacy App also lets you switch which VPN server you are connected to with a single click. If you get a router from FlashRouters, it will also support Proton VPN features like kill switch and auto-connect.

Follow these steps to set up Proton VPN on your router with the FlashRouters Privacy App. You can contact FlashRouters support if you have any questions or issues.

Click here to purchase a VPN router from Flashrouters.

Drawbacks to installing a VPN on your router

One partial workaround for this is to use a multi-band router and set up a VPN on one band (for example, the 5 GHz band) and not on the other (2.4 GHz band). Then you can just switch between the WiFi networks to use the VPN or not. The same applies if you have a guest network.

Although Proton VPN has extremely fast VPN servers, connecting to any VPN will always affect your connection speed to some degree. Although the speed difference may not even be noticeable, you should consider if this is something everyone who is connected to your home network is comfortable with.

Proton VPN’s VPN Accelerator can increase your VPN speeds by over 400%, thus reducing any VPN lag to a negligible amount..

Not all routers support VPNs

You can’t use a VPN on every router, so before you begin the installation process, it’s important to check that your router is able to support a VPN connection. You may also want to consider purchasing a router that supports the WireGuard, OpenVPN, or IKEv2 protocols, or buy a router that is pre-configured for VPN.

When connecting to a VPN via your router, you can lose some flexibility. For example, changing VPN servers can become more difficult. If you frequently change the server you are connected to (for example, if you like to access content from around the world), you may not wish to install a VPN on your router.

It’s almost impossible to verify that your router (or any hardware you purchase) does not have a back door through which your browsing data can be accessed. If you decide to buy a new router to handle your VPN connection, it’s important that you purchase it from a vendor or brand that you trust.

This is one of the benefits of using open-source VPN firmware such as DD-WRT and OpenWRT, as anyone can review their code to ensure that there are no back doors.

Can you install a free VPN on your router?

With a Proton VPN Plus plan, you can have up to 10 VPN connections, which means you are able to install the Proton VPN app on your mobile devices for full VPN coverage when you are away from your home WiFi. By installing a Proton VPN on your router with a Plus plan, you will gain access to our superfast Plus servers in over 60 countries.

How do you uninstall Proton VPN from a router?

All routers are different, but in most cases you will be able to easily remove your VPN profile in the settings. If necessary, you can also uninstall the VPN from your router by resetting it. If your router comes with a pre-installed VPN, you will be able to remove your VPN profile from the device, or you can flash the router with new firmware. Steps for uninstalling on InvizBox can be found here.

How do I know if my router has VPN?

Routers that are compatible with VPN are usually described as having “VPN client software”. You can find this information in your router’s manual or by searching for the make and model name online. If you use an ISP router (usually the case if you use a combined router and modem device), it’s unlikely it is able to connect to VPN. If this is the case, you will need to purchase an additional VPN-compatible router.

What should I look for in a router for VPN?

If you are trying to choose between VPN-compatible routers, you should prioritize the following features:

Protect your traffic with Proton VPN