Home › Privacy basics › How to change your Netflix region

How to change your Netflix region

Posted on October 10th, 2022 by Douglas Crawford in Privacy basics. 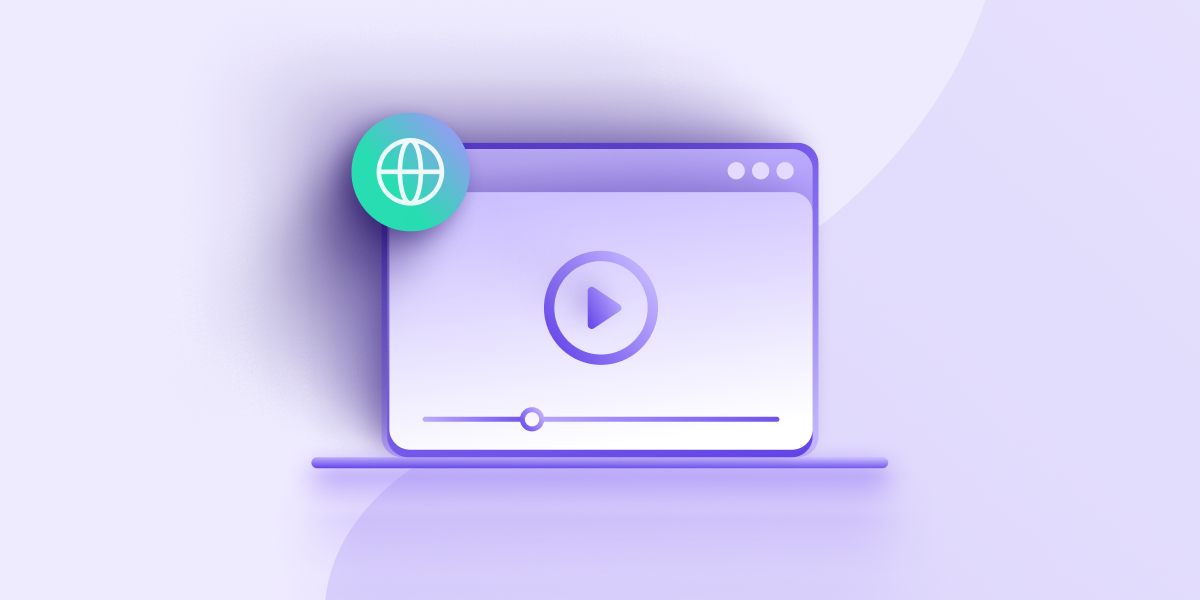 A VPN allows you to watch your favorite Netflix shows when traveling abroad.

Despite increased competition, Netflix is still the most popular streaming service in the world. Available in over 190 countries, Netflix usually makes all of its own content (often dubbed “Netflix Originals”) available to all subscribers, no matter where they are in the world.

However, a lot of content on Netflix is licensed from third parties that restrict where their content can be viewed. For example, if the owner of a show sold the BBC the exclusive rights to air it in the UK, they will not allow Netflix to show that content to a UK audience. However, they may sell Netflix the rights to air that same show in other countries.

Additionally, Netflix may not make some content available in certain countries for social, religious, or political reasons, including Netflix Originals shows and movies.

How to change your region on Netflix

To watch Netflix content that’s not available in the country you are traveling to, you need to change your public-facing IP address to make it look like you’re back home.

Although there are several ways to change your IP address, using a VPN is the most practical for streaming Netflix content. The Tor network is far too slow, and Netflix maintains a list of IP addresses that belong to many known VPN and proxy providers. Only a few commercial VPN providers have the resources necessary to reliably bypass Netflix’s IP filters.

If you know someone in another country, they could set up a personal VPN on their hardware that you could use. You could also set up your own VPN on a rented server located in another country, but Netflix often logs the IP addresses of server providers and data centers.

A few years ago, DNS proxy services were a popular option for bypassing Netflix’s geoblocking. These don’t change your (apparent) IP address, but they do make it look like the DNS query that connects your device to Netflix was made from the target country. However, Netflix and other streaming providers have become wise to this trick, and these services are no longer effective.

What happens if Netflix knows I’m using a VPN?

Unlike many streaming services, Netflix does not block VPN or proxy users. If Netflix detects you’re using such a service, it will only show you TV shows and movies that it owns the global rights to (for example, Netflix Originals).

To access your full home catalog when visiting another country, you need to use a VPN service that can avoid detection by Netflix.

How to change Netflix country using a VPN

The following instructions work whether you’re accessing Netflix in your browser or via its Windows or mobile apps.

3. Connect to a VPN server in the country whose Netflix catalog you wish to access

How to change Netflix region on Android TV

If you have a smart TV or streaming device that can run Android apps, you can use an Android VPN app to watch Netflix abroad.

If you have the technical skills, it’s also possible to “sideload” almost any Android VPN app onto an Android TV, Google TV, or Fire TV device.

How to change your Netflix region on an Xbox, PlayStation, Apple TV, or smart TV

Some devices can run Netflix but not VPN apps. These include gaming consoles, Apple TVs, Roku devices, and smart TVs with proprietary operating systems. The easiest way to use a VPN on such systems is to connect them to a VPN router.

These routers are configured to connect to the internet via a VPN server. Most modern routers have firmware that includes an easy-to-configure VPN client, or you can buy routers that have been pre-configured by the manufacturer.

If your router’s firmware does not include a VPN client, you can flash it with open-source firmware that does, such as DD-WRT or Open-WRT.

To use a VPN router with a games console or smart TV, simply connect your device to the internet via the router (using either WiFi or an Ethernet cable).

configure the VPN connection on one band. You can then connect devices you want to use the VPN with to that band and connect other devices to other bands.

It’s also possible to share a VPN connection from a Windows, macOS, or Linux computer. This usually requires having two network interfaces on your computer (for example, a WiFi card and an ethernet port), although Windows 10+ can set up a VPN connection on a single WiFi adapter (if it is compatible with the feature).

Sharing a VPN connection this way is undoubtedly a very clunky solution, but it’s useful if you don’t have a VPN-capable router available.

What is the best VPN for Netflix?

Proton VPN is a no-logs VPN service based in Switzerland. With any paid Proton VPN plan, you can access the Netflix catalog in the US, the UK, India, Italy, Australia, Germany, Canada, Japan, and France.

Simply connect to one of our Plus servers in your preferred country. For more details, see our Netflix streaming support page.

Can I watch Netflix in different regions at the same time?

You can also cancel your Netflix subscription at the end of your billing period and subscribe to Netflix in your new country. You will still only be able to watch the shows and movies that are licensed to air in your new home country unless you use a VPN.

Is it illegal to change my Netflix region?


It’s not illegal to use a VPN to watch Netflix, but you need to make sure you comply with Netflix’s terms of use, which say:

What happens if I move to a new country?


If you move to a new country where Netflix is available, you can continue using your existing Netflix account (charged at your existing rate). Unless you use a VPN to make it appear as though you’re still at your previous home, the catalog of titles available may be limited by licensing restrictions in the new country.

You can also cancel your Netflix subscription at the end of your billing period and subscribe to Netflix in your new country. You will still only be able to watch the shows and movies that are licensed to air in your new home country unless you use a VPN.

Which country has the best Netflix catalog?


Slovakia, Bulgaria, and Lithuania have the largest Netflix catalogs. The UK has the largest primarily English language catalog, boasting around 900 more titles than the United States catalog.

However, many titles available to US audiences are not available in the UK. As of November 2022, these include:

Can I watch Netflix in different regions at the same time?

Although the assumption is that these screens will usually be in the same country, if (for example) a family member takes a vacation abroad, they can watch Netflix without creating a new account.

Will a VPN cause buffering when watching Netflix?

Buffering happens when a show needs more data to stream smoothly than is available over your internet connection. Playback pauses as the Netflix app waits for the data to arrive on your device.

As a general rule, a VPN will slow down your internet connection — especially when connecting to a VPN server a long distance from you. If you have a slow internet connection to start with, this may cause buffering issues.However,  this slowdown is minimal with a good VPN service(especially if you use Proton VPN’s unique VPN Accelerator).

Can I stream Netflix in 4K when I change Netflix region?

Yes, as long as you have a Premium Netflix plan and your internet download speed is fast enough. Netflix officially recommends the following download speeds for playing TV shows and movies on Netflix.

You can check your internet download speed by visiting websites such as speedtest.net or Netflix’s own fast.com.