Welcome to the updated Proton VPN 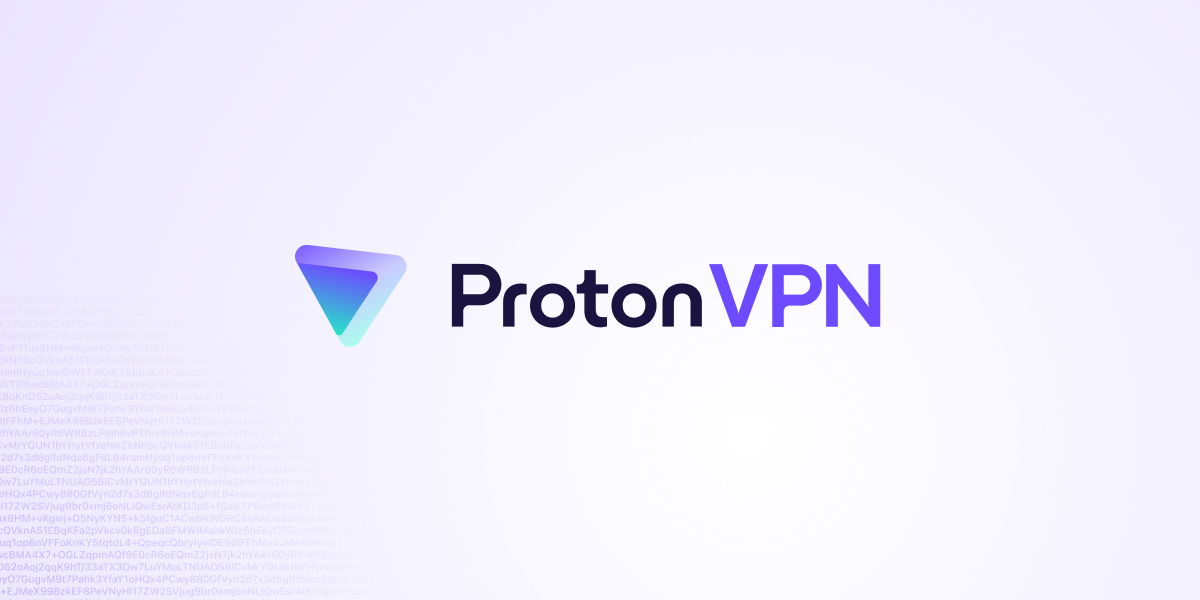 Today, we’re thrilled to present one of the biggest updates to Proton VPN since we set out to revolutionize the VPN industry in 2017. This update brings a new Proton VPN logo, colors, and the launch of Proton’s new privacy-by-default ecosystem.

Proton VPN was not the world’s first VPN service, but it has always been the VPN of choice for people who value their privacy due to Proton’s unique values and philosophy. Proton VPN started as the only VPN with no logs or ads that is open source, publicly audited, and freely available for everyone. But today, Proton VPN is so much more, empowering you with features such as:

This is just a small selection of the features that make Proton VPN technologically superior. However, our unique values, such as operating with unparalleled transparency, allow us to achieve better security and trust than any other VPN.

While a VPN is an essential online privacy tool, the internet is so central to our daily lives that many other services are required to stay safe online. Today’s update reflects Proton’s ongoing evolution from individual privacy services toward a unified privacy-by-default ecosystem. Your Proton Account is now more powerful, offering you access to Proton VPN, Proton Mail, Proton Calendar, Proton Drive, and future Proton services.

An integral part of Proton’s mission is the notion of providing an alternative. Proton represents a parallel universe where your information is kept private. In the Proton universe, your data always remains private and under your control. The new Proton product logos reflect this duality.

Proton services are portals that you can pass through to reach a better internet experience. In the case of Proton VPN, it’s not a metaphor; Proton VPN literally provides you with an encrypted tunnel to reach the free, uncensored internet. The private side is represented by Proton’s purple, our historical color from when Proton Mail launched in 2014. We’re returning to those roots, but our purple has been updated to be bolder and brighter.

Consistent with Proton’s evolution to an encrypted ecosystem that counts VPN as one of its many constituent parts, we’ve unified Proton VPN’s logo with the rest of our products. This creates a family resemblance and demonstrates the unified privacy protection that Proton can now provide.

Similarly, the name “ProtonVPN” is also transforming into “Proton VPN”, two words instead of one to reflect the language adopted across all Proton services.

While Proton VPN has always been part of Proton, it has its own rich history and community. Members of the Proton VPN community have contributed to localization efforts, cooperated  on GitHub to build the first version of our Linux application, and developed their own unique Proton VPN communities in Russia, Hong Kong, and other countries. This has led to Proton VPN developing its own identity.

To respect this heritage, the new Proton VPN logo keeps its triangular shape, which represents the shape made when you draw lines linking the three countries (Iceland, Sweden, and Switzerland) that house Proton VPN’s Secure Core servers. Proton VPN’s unique green, which has long conveyed trust, reliability, and security, also stays as a subtle accent color. Proton VPN is growing and serving new audiences, but our history and values will never change.

What’s next for Proton VPN

The things that have long made Proton VPN unique are staying the same. We will always be open source, independent, neutral, and community-first. However, that does not mean that Proton VPN will not be improving. For the second half of 2022, we are embarking on an ambitious plan to bring Proton VPN onto more and more platforms, including a browser extension. Also coming is a larger redesign of our desktop and mobile applications to make them even easier and faster to use. We will also be building upon our long track record of innovation by bringing new features and functionality that enable Proton VPN to do more to keep you private and secure.

We look forward to sharing more with you soon. Thank you again for supporting us as we build a better internet where privacy is the default.