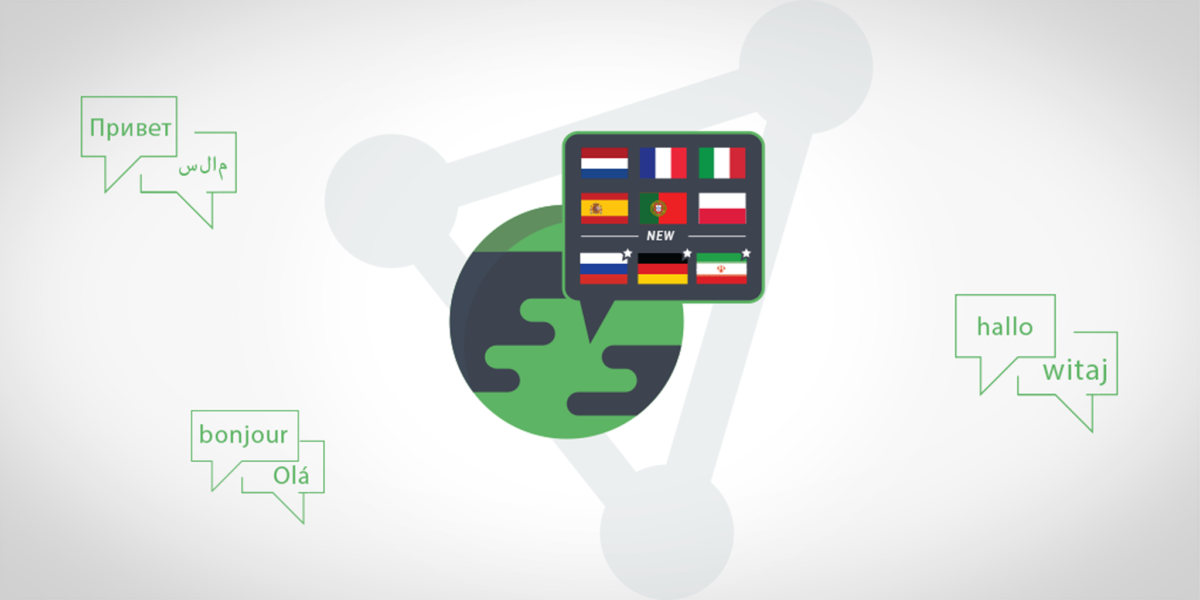 Thanks to our community of translators, we’re excited to announce that starting today you can access Proton VPN in German, Persian, and Russian, in addition to the seven other languages that are already available.

Bringing the Proton VPN apps to non-English speakers is an important step in our mission to break down the barriers of Internet censorship. Language support expands accessibility in countries where freedom of speech is restricted, such as Russia or Iran.

You can start using these three languages immediately in the latest version of the Android, iOS, macOS, and Windows apps. Proton VPN is also available in Dutch, French, Italian, Polish, Portuguese, and Spanish.

How to access Proton VPN in German, Russian, or Persian

If you are an existing Proton VPN user

You can switch to one of the available languages after updating to the latest version of the app. If you use a MacOS or a Windows operating system, you will get a notification asking you to update. iOS systems automatically update Proton VPN.

If you are using MacOS, you can switch between languages in System Preferences. Select Language & Region, click on Apps and select Proton VPN and your preferred language.

On iOS, go to your system Settings, select Proton VPN, and then choose your preferred language.

If you are a new Proton VPN user

Proton VPN will detect whether your operating system is set to one of the available languages. If it is, your app will automatically default to that language. Otherwise, Proton VPN will be in English.

Use a VPN available in Russia, Germany, and Iran to fight censorship

The tools and features we develop advance freedom of information no matter where you are or what language you speak. Making Proton VPN available to as many people as possible in their native language is a critical step in our mission. That’s why we will continue expanding the list together with our community of translators.

Our engineers are also developing more security and anti-censorship features, such as introducing OpenVPN for iOS and Smart Protocol for Android. These features and the expansion of available servers across the globe make a safer Internet more accessible to all.

Thank you for supporting our mission.