Home › Articles & News › Why we have a free VPN

Why we have a free VPN 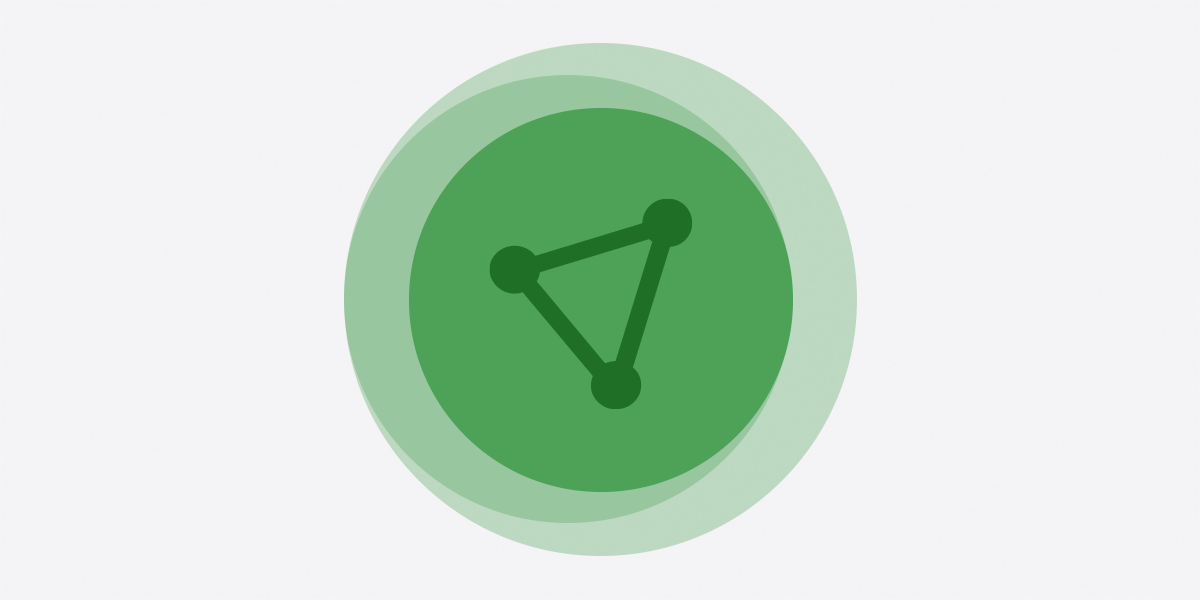 The internet was designed to facilitate the free exchange of ideas and information. However, organizations, governments, internet service providers, and hackers can all pose a threat to that freedom.

Since the internet was created, we’ve seen geo-restrictions, mass surveillance, and censorship prevent people from accessing all kinds of websites and online content. Although using a VPN isn’t the solution for all of these problems all of the time, it’s a good place to start in the fight to defend your access to a free and fair internet.

We believe everyone should be able to access the internet securely and without restrictions. Our free and unlimited VPN is a crucial part of how we put that belief into practice.

The impact of a secure, free VPN

Providing a free, privacy-focused VPN means that everyone can access the internet securely. The benefits of using a VPN range from bypassing geo-restricted content to protecting people from government surveillance and hackers.

Stop your ISP from seeing and interfering with your browsing activity

When you browse the internet without a VPN, your internet service provider (ISP) can see all of your unencrypted network traffic. This means your ISP can know a lot about you, such as the domains you visit and what time you visited them.

In the UK, the government is using 2016’s Investigatory Powers Act to secretly test a new snooping tool, increasing the amount of information your ISP can collect on your browsing activity to hand to the government if requested. Meanwhile, with the repeal of net neutrality in the USA, the FCC handed ISPs the ability to monitor your browsing, sell that information, throttle your internet speeds based on what website you visit, or even limit your access to certain websites.

Using a VPN encrypts all your network traffic, so your ISP cannot see your browsing activity. In addition to protecting your privacy, using a VPN also enables you to access websites that would otherwise be blocked or slowed down by your ISP.

However, not all VPNs provide the same level of protection. Once you have connected to a VPN, that VPN essentially acts as your new ISP and can see your browsing activity. So rather than your ISP receiving that information, your VPN provider receives it instead. With that in mind, it’s essential to only use trustworthy no-log VPNs.

Proton VPN doesn’t keep any logs on you or your browsing history, whether you’re using a free plan or a paid one. We’re building a movement for better privacy online, and that means no one but you should be able to know about your browsing activity. (Our latest security audit results confirm our no logs policy.)

When you connect to a VPN, you can choose the server that your traffic is routed through. This means that you can use a VPN to route your network traffic through a server in a different country and browse as if you were in that country.

We believe that your location shouldn’t determine the websites you can access. By using a free VPN that lets you select the country you are browsing from, you can bypass government censorship or access geo-restricted content.

This government censorship prevents citizens from accessing unbiased information on the internet and stifles free speech and political activism.

People who use our free VPN can choose to route their traffic through servers in Japan, the USA, and the Netherlands to bypass government censorship in their home countries.

Most frequently, this is seen on streaming sites, such as Netflix, where some content is only available in certain locations. This can be particularly frustrating to anyone traveling away from their home countries when they are denied content they are used to having access to.

While not being able to catch up on a TV series may be irritating, geoblocking also affects people’s ability to access certain news websites and popular online services. For example, some US news outlets blocked traffic from EU member countries once GDPR came into effect to avoid the need to comply with the regulations. Other websites block the internet traffic originating from entire countries in an attempt to stop hacking attempts or to comply with international sanctions.

In a dramatic example, The Conversation reported that an Iranian student was unable to apply for an overseas graduate school because it had implemented geoblocking, which prevented the website from being able to accept applications from Iran.

Like most free VPNs, a free Proton VPN plan will not enable you to access geo-restricted streaming content. However, you can use a free VPN to access geoblocked websites and online services by connecting via a country where those websites are not blocked. Accessing content from around the world, especially from news outlets, is an important part of a free internet, as it offers a broader view of international events.

Protect yourself from hackers

Anyone who uses the internet can be a potential target for hackers. Hackers may be looking for your identifying information to commit identity theft or looking for vulnerabilities in a business’s network in order to defraud a company. For political dissidents or journalists targeted by state-sponsored hackers, the stakes are even higher.

While a VPN doesn’t entirely protect you from hackers, it does protect your browsing activity by routing your network traffic through an encrypted tunnel. This means that even if anyone were able to intercept your traffic (for example, by exploiting a vulnerability in the network), they would be unable to read it.

Using a VPN becomes even more important when you connect to public WiFi. Without a VPN, you put your data in the hands of a network that could be compromised or have poor security, as well as sharing your data with the public network’s ISP.

There are numerous free VPNs available for download, but you need to be careful. Many free VPNs are not trustworthy. Entrusting your data to an unknown service provider that is not completely transparent can, in many cases, leave your privacy and security in a worse state than without a VPN.

Several well-known VPN providers offer a free plan as well. These free VPNs are more secure but almost always impose some sort of data or speed limit on your connection, meaning you are only able to protect some of your online browsing.

At Proton VPN, we don’t impose any data limits or artificial speed restrictions on you, including those using our free VPN plan, and everyone who uses Proton VPN benefits from the same level of robust encryption. Our free VPN will always be free and unlimited, so everyone can protect themselves online.

Proton VPN was built with security as the main focus, so everyone can enjoy online privacy and the freedom to access content from around the world. Proton VPN is the only free VPN that:

Our free VPN isn’t funded by advertisements or by selling your data (in fact, we don’t log any of your online activity at all). We are able to provide a free VPN thanks to paid subscriptions to the Proton VPN Plus plan.

Although a Proton VPN Plus plan offers the same security benefits as our Free plan, Plus plans come with some additional features, such as streaming support, faster servers, and P2P file sharing support.

Proton VPN has a long history of protecting free and unrestricted internet access. As a secure and trustworthy VPN, activists, journalists, and NGOs around the world rely on Proton VPN.

Get a free, secure VPN from Proton VPN

It’s not just activists, journalists, and dissidents who need to protect their privacy online. Everyone has a right to control who holds their data, and using a VPN when you connect to the internet is one of the simplest steps you can take to protect your browsing activity.

You can sign up for a free Proton VPN plan here. All you need to sign up for Proton VPN is an email address, and once you have downloaded and installed the Proton VPN app for your device, you can connect to the fastest server for your location in just one click.

Can I trust Proton VPN?

At Proton VPN, we are committed to complete transparency, so anyone can check out our credentials for themselves. This is why all our apps are open source and independently audited, so you can be sure our apps do what we say they do. You can view our source code on GitHub.
We’re also open about who we are. The names and backgrounds of our leadership team have been publicly disclosed, and details of the company are available on the Swiss commercial register.
Read more about the steps we take to ensure transparency.

Yes. Our free plans offer the same strong level of VPN encryption and protection against DNS leaks as our paid plans do. The only security feature that is not available on a Proton VPN free plan is our unique Secure Core VPN, which routes your traffic through multiple servers.
We only use VPN protocols that are known to be secure and provide further protection by only choosing cipher suites that have Perfect Forward Secrecy. These benefits are afforded to everyone who uses Proton VPN.

Unfortunately, many free VPNs are not safe or secure, and will harm your privacy more than not using a VPN at all. It is imperative that you only use trustworthy free VPNs, like Proton VPN. All our apps are open source and independently audited, so you can ensure that our apps do what we say they do and can be entrusted with your data.
As we are based in Switzerland, we are also protected by strong Swiss privacy laws, and your data is outside the jurisdiction of global intelligence-sharing agreements.

Which free VPN is best?

Proton VPN is the only free VPN that gives you the strongest available encryption without imposing any data or speed limits on your browsing. We are also ad-free, protected by Swiss privacy laws, and will never keep track of your online activity. We are consistently rated the best free VPN by the likes of TechRadar and PCMag.

How does Proton VPN fund its free plans?

We are able to provide a free VPN to everyone thanks to our community of paying customers. If you would like to support the work that we do at Proton VPN, you can subscribe to a Plus plan. Subscribing to a Plus plan gives you some extra benefits, such as streaming and P2P file sharing support.
We do not fund our free VPN with ads or by selling your data. Proton VPN free is simply a free and unlimited no-logs VPN with a commitment to privacy at its core.

Does Proton VPN have ads?

No. Proton VPN is ad-free. We do not serve ads to people using a free Proton VPN account, and we will never sell your data.