Posted on October 10th, 2018 by Richie Koch in Service Updates. 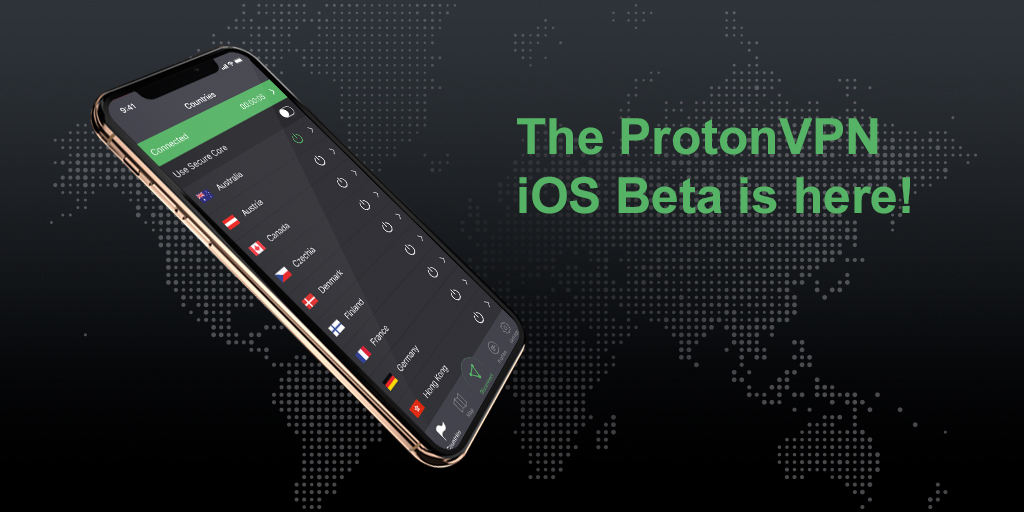 For the first time ever, you can protect your personal data with Proton VPN on your iOS device with our official application. Users with Plus and Visionary accounts can begin testing our beta app and enjoying all our advanced security features — including our Secure Core servers, Kill Switch feature, and Secure Streaming.

We would like to thank the entire Proton VPN community for your patience and continued support. Over the past year, we received hundreds of messages asking about the iOS application, so the pressure was real.

There were friendly reminders:

Yesterday I completed my Protonization process started with @protonmail on 2014: PLUS subscription to @protonvpn! Now I am waiting for the iOS official app!

@ProtonVPN is there any chance of getting a iOS beta invite? Pleaseee! I love Proton Mail and your VPN service.

Dear @ProtonVPN when will native iOS App be released? I am paying for your great service but have to use that workaround on my mobile devices ?

No date for Proton VPN on iPhone ?

And many of you were… eager.

Pressuring for @ProtonVPN to be ready for iOS.

The time has finally come and today we are releasing our iOS app beta. With your support and feedback during this beta period, we hope to make it the best iOS VPN app ever.

Our iOS app will offer several advantages over other iOS apps. These benefits include:

The beta program is now open to all Proton VPN users, regardless of the plan you are on. You can sign up for a Free plan for iOS on our website. To participate in the program on your iPhone or iPad:

Your feedback is important! You can report any bugs or issues you may encounter via email at ios-beta@protonvpn.com. We don’t have a specific timeframe for the public iOS release, but we will release it as soon as we feel it is ready. We take user feedback seriously, and all comments and suggestions from our beta users will be used to further improve the app.

We look forward to working with you to bring our VPN service to all iOS devices!