Home › Articles & News › OpenVPN for Android is now in beta

OpenVPN for Android is now in beta 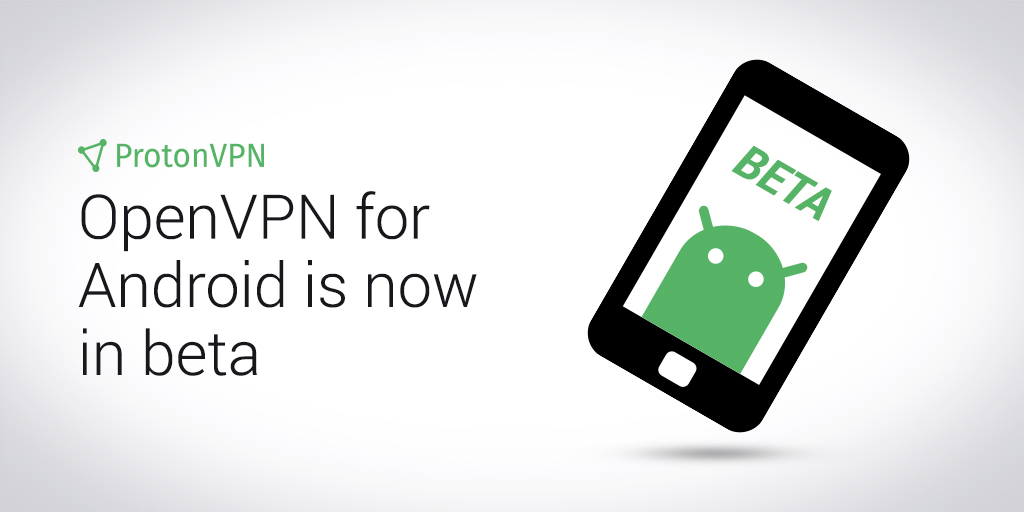 Proton VPN now offers more stable and reliable connections for Android users through the OpenVPN protocol. Members of the Proton VPN Beta Program can now switch to OpenVPN on our Android app.

We are one of the few VPN services to give our users the choice between IKEv2/IPSec and OpenVPN on Android devices. By adding OpenVPN to our Android app, we are expanding access to secure, private Internet on mobile devices, particularly in places where authorities have attempted to block VPNs.

Benefits of OpenVPN for Android

IKEv2/IPSec is a secure, fast VPN protocol. However, which VPN protocol is best depends on each user’s situation. If you are streaming a movie, playing a video game, or video calling a friend, then IKEv2/IPSec will likely be your best option. It consistently provides the fastest connection speeds.

OpenVPN, other the other hand, provides much more stable and reliable connections and can effectively avoid most blocks placed on VPNs by networks or Internet service providers. OpenVPN can do this because, unlike IKEv2/IPSec, it supports both the User Datagram Protocol (UDP) and the Transmission Control Protocol (TCP). (IKEv2 only supports UDP.)

These protocols determine how apps send and receive the data packets that make up your Internet traffic. Without going into too much technical detail, UDP is most concerned with how quickly it can deliver packets while TCP puts the priority on delivering packets in the correct order. TCP’s accuracy can introduce latency, but it also makes sure all the packets arrive, keeping your connection more stable.

TCP also has another unique property. A VPN connection using TCP can be configured to pass through the same port as the majority of Internet traffic. That makes it difficult for ISPs or network administrators to block without making the majority of the Internet inaccessible.

If you would like to be one of the first to try using OpenVPN on our Android app, then sign up for our Beta Program. Becoming a member means you get early access to any new features the Proton VPN team develops.

You can also register by signing up at the following link with your Android Play Store (Google) Account: (link deleted)

To sign up visit the bottom of the Proton VPN Play Store page where there is an option to join the Beta program (click “Join”).

You can get Proton VPN for free on Android. Download our new secure and free Proton VPN Android app today.

We welcome and appreciate any feedback you might have about the OpenVPN beta update! You can contact the Support team at https://protonvpn.com/support-form (recommended) or by emailing us at support@protonvpn.zendesk.com. We take user feedback seriously, and your comments and suggestions are critical to further improving the app.