Posted on December 30th, 2019 by Richie Koch in Service Updates. 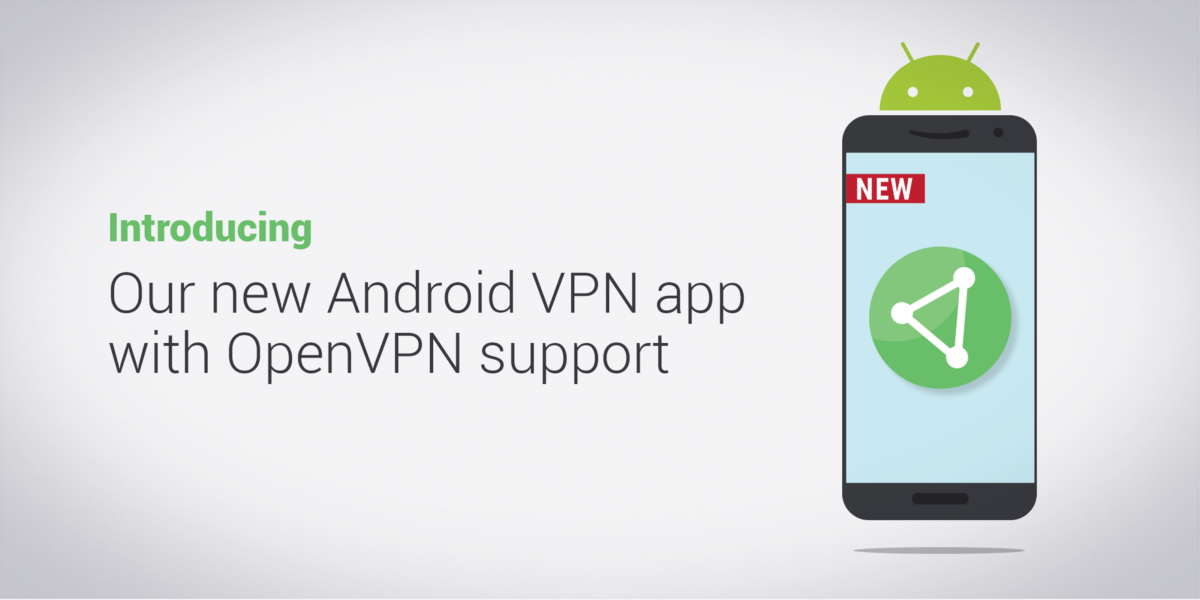 A brand new version of Proton VPN’s Android app is now available which includes OpenVPN support and better connection stability. If you are an Android Proton VPN user, you can now choose between using IKEv2 or OpenVPN by installing the new 2.0 version of our app.

Most VPN providers only offer one major protocol, typically IKEv2 for mobile devices and OpenVPN for desktops. As a result, these VPN providers are more vulnerable to government censorship, ISP blocks, and technical problems. Supporting multiple protocols on Android will make it more difficult for Proton VPN to be blocked or censored, and sets a new foundation for additional work we have planned in 2020 to make Proton VPN even more censorship resistant.

Get the new app for Android

Because there are a number of new changes in Proton VPN 2.0 for Android, we are releasing a brand new app. You can get the new Proton VPN app fore free on Android. To get the improved Proton VPN app, you need to download and install it from the Android Play Store. The existing app will not automatically update to the new one:

Or if you’re a beta tester, join the new open beta.

*Note: Remember that you must first disconnect from Proton VPN before installing the new app from the Play Store. Additionally, the new app may take up to 24 hours to appear in Play Store search results, but you can access the app directly via the download link above.

Afterward, you can uninstall the old app, which will no longer be supported.

If you are unable to upgrade, we will continue to support two Proton VPN Android apps (the old v1.4, along with the new v2.0) for a period of time. However, we cannot promise long-term support, and we encourage all Android 4.x users to upgrade as soon as possible so you can install the new Proton VPN 2.0 app for Android.

In the future, the new 2.0 app will also come with a number of additional improvements, such as enabling single sign on (SSO) for both the Proton Mail and Proton VPN apps (and any other future apps, such as Proton Calendar and Proton Drive, which will be developed by Proton AG). We are also making some slight modifications to the Proton VPN Terms and Conditions reflecting that the legal entity you are contracting with will be Proton AG (the parent company of Proton VPN).

Adding OpenVPN support in Proton VPN 2.0 comes with several benefits. VPN protocols, like OpenVPN, manage the way your device transmits and encrypts data, balancing speed and stability to provide a consistent, secure connection. Offering OpenVPN alongside our existing IKEv2 protocol means you have greater choice and can adapt how you use our services depending on your needs. For example, IKEv2 has traditionally been seen as the go-to VPN protocol for mobile devices because it offers faster connections. This also makes it ideal for streaming and gaming.

However, IKEv2’s reliance on User Datagram Protocol (UDP) can be a weakness. Public WiFi providers looking to limit traffic on their networks will be more likely to limit IKEv2 access. Governments and ISPs trying to block VPN access may also block all UDP traffic because it is not necessary for regular web browsing. However, OpenVPN also supports Transmission Control Protocol (TCP) in addition to UDP, which makes it more effective at circumventing blocks placed on VPNs by Internet service providers or local networks.

Each VPN protocol has distinct features, and which one is correct for you will depend on your situation. With two VPN protocols to choose from, the Proton VPN Android app is now more flexible and adaptable.

We started Proton Mail and Proton VPN because we want to make it possible for all citizens around the world to control their data and protect their privacy. We believe the launch of Proton VPN 2.0 for Android and the other anti-censorship capabilities we are building in 2020 will bring us one step closer to that goal. Thank you for your continued support.