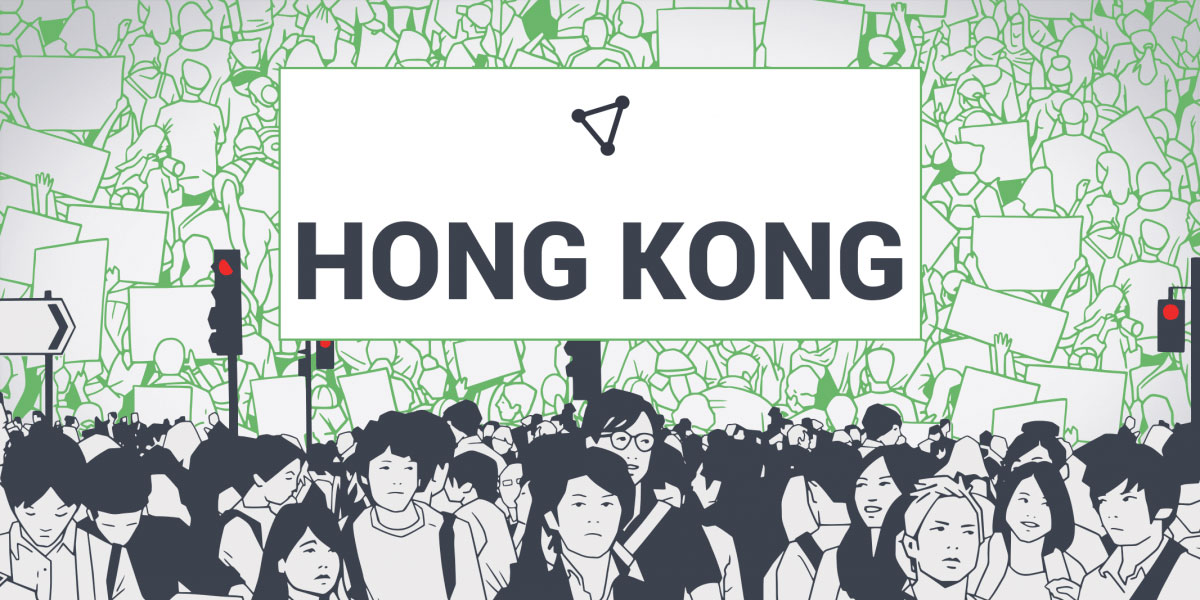 A Chinese language overview of Proton published in Taiwan can be found here: https://www.twreporter.org/a/protonmail-project

Last week, we stood in solidarity with citizens in the US against the reauthorization of the USA Freedom Act. Today we are standing in solidarity with the people of Hong Kong after the Chinese government announced a new security law designed to stifle free speech and peaceful protest.

When the government tried to do this previously — in 2003 and again in 2019 — Hong Kongers (including many Proton users) successfully defeated these measures by taking to the streets. This time it’s different.

Because of the COVID-19 pandemic, there is no option to congregate in large groups. Moreover, the Chinese government is not working through Hong Kong’s legal system but rather from Beijing. The Chinese National People’s Congress is poised to approve the security law at its annual legislative session, which convened today (May 22).

With physical spaces out of reach, activists must now turn to digital spaces to speak out for democracy and civil liberties. Unfortunately, with the government monitoring all unsecured communications, it can be dangerous to organize and share ideas with others, particularly if the new security decree outlaws “sedition.”

We have previously stood by Hong Kong protesters, including providing encrypted email services for the developers of HKMaps and others. Proton is committed to defending their right to speak out, even when other tech companies take the side of repression and censorship. In fact, we launched Proton VPN specifically because we saw the need to help activists and journalists access our secure email service, Proton Mail, in case of censorship attempts.

Since then, we have consistently supported independent journalists through educational tools, seminars, scholarships, grants, and free services.

Now people are again turning to our privacy tools to defend freedom: As of Friday, Proton VPN is the third-most downloaded app in the Apple App Store in Hong Kong, and we have witnessed a 1,000% increase in the amount of traffic to our website.

Proton will continue to defend the right to free speech and privacy by making secure communication available to all who need it, whether in Hong Kong, or anywhere else in the world. Below we outline steps you can take to avoid government surveillance and maintain access to the uncensored Internet.

Use a VPN to secure your communications and online activity

A trustworthy VPN is still the best way to stay safe from government surveillance. China’s security law is expected to mirror the language of the 2003 basic law, which would have prohibited “any act of treason, secession, sedition, subversion” against China. Obviously, authorities can use this type of broad language to eliminate political opponents and repress people exercising their right to free speech.

This is why it is imperative to encrypt your Internet connection and use secure methods of communication.

If you’re in Hong Kong, we recommend downloading Proton VPN for free as soon as possible.

Users with a Free plan can connect to any of our free servers in Japan, the United States, and the Netherlands. By upgrading to a Plus plan, you can also access five servers in Hong Kong (including a Tor over VPN server), 32 servers in Singapore, and nearly 1,000 servers in over 50 countries around the world.

Our servers in Hong Kong could become the target of Chinese surveillance and censorship attempts. Therefore, out of an abundance of caution, we recommend Hong Kongers concerned about their security and privacy connect to our servers in Singapore. They are in the region, which reduces latency to a minimum.

Note: Your Internet service provider (and by extension the government) and the VPN service you use can still see that your IP address was used to connect to VPN, so it is important to pick a trustworthy VPN, that has strong values and integrity, even in the face of government pressure.

We say “as soon as possible” because authoritarian governments can and do take measures to block people from getting VPNs in the first place. Proton VPN has some systems in place to bypass these sorts of blocks, including our Alternative Routing feature. But authorities can still make it hard to download VPN apps after restrictions kick in. VPN services themselves, while more difficult to block, can also be blocked so it is good to also have Tor installed as a backup.

To install Tor, go to the Tor project website and download the Tor browser. In the event Chinese or Hong Kong authorities attempt to ban Tor, as a last resort you can use Tor Bridges to circumvent that censorship. Guides for using Tor Bridge can be found online here and here.

Use encrypted email for secure communication

End-to-end encryption (E2EE) is considered the gold standard for secure communication. Proton Mail is the world’s largest private email provider offering this type of strong encryption. With E2EE, messages are only accessible on your device and the device of your recipient. Neither Proton Mail nor any other party monitoring the network can access your messages. Proton Mail, like Proton VPN, is based in Switzerland and therefore protected by some of the world’s strongest privacy and human rights laws.

Note: When using Proton Mail for very sensitive communications, we recommend that both the sender and the recipient use Proton Mail (it’s free). We also recommend putting the most sensitive information in the message body and not the subject line.

Here’s how to get started with Proton Mail and configure some basic extra security settings:

As with Proton VPN, it is possible for Proton Mail itself to be blocked. For this, we offer our email service over Tor. Learn how to connect to our Tor hidden service.

We’ll continue to support the Proton community in Hong Kong and elsewhere. We are already monitoring the current usage levels of Proton VPN, and we will take actions as necessary to unblock servers and expand bandwidth.

We created Proton VPN and Proton Mail to defend fundamental rights: democracy, privacy, and freedom of speech. The citizens of Hong Kong deserve the same freedom to exercise these rights as anyone else in the world. Proton has an office in Taiwan so we feel great solidarity with our users in Hong Kong, and a duty to help uphold our shared values.

We’re grateful to our community for supporting Proton and our mission. We will keep supporting you too.