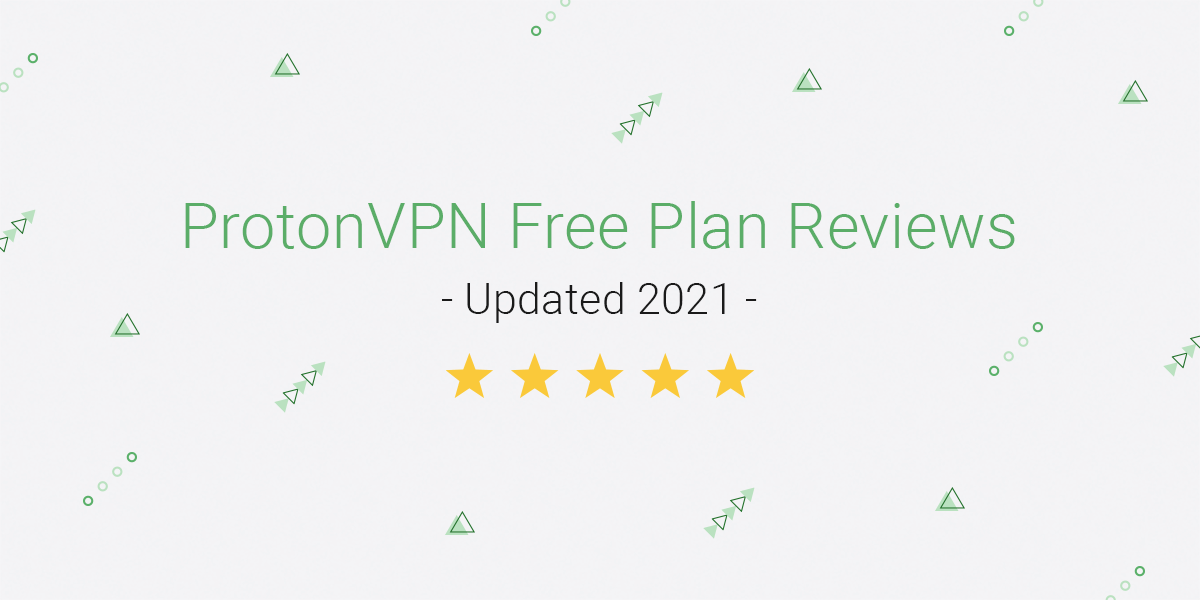 We have compiled a full list of reviews of Proton VPN’s Free VPN plan. All of these reviews came from independent review sites.

Proton VPN has received significant interest (and several awards) from technical professionals for our secure and private VPN service. We have collected a number of these independent reviews to make it easier for our users to see professional evaluations of our VPN.

The staff at Wired.co.uk named Proton VPN their favorite free VPN service and went on to say “[Proton VPN] is strongly security focused and has a free tier with unlimited bandwidth and support for a wide range of devices.”

“This is an impressive provider with a strict no logging policy, and you can sign up with nothing more than your email address and a username of your choosing. There aren’t even any ads on the website, let alone the client.“

Proton VPN gets an Editor’s Choice award from PCMag, and is listed in first place on its Best Free VPNs for 2021 page.

“It’s an Editors’ Choice winner. Proton VPN earns a slightly higher score than its co-winners because of its excellent free version and collection of privacy features.“

We are listed in first place by Tom’s Guide for the best free VPN services in 2021, with the Tom’s Guide team concluding that:

“Proton VPN’s zero-logging policy, excellent unlimited data plan, and support for a wide range of devices, plus its functional leak protection, split tunneling and custom DNS servers all combine to make the most well-rounded free VPN we’ve tested to date by far.“

ProPrivacy lists Proton VPN in top place as best free VPN overall for 2021, and as the best free for iOS, Linux, macOS, and Android. In its review, ProPrivacy concludes that:

“Proton VPN is a fast and secure VPN service with lots of servers, some innovative ideas, and great software. It also shows a strong dedication to privacy, as befits the fearsome reputation Proton Mail has built in this regard.”

MakeUseOf ran a review of the VPN options that are free and do not have a data limit. Simply meeting these criteria already limited the field to three services, and Ben Stegner, the MakeUseOf reviewer concluded:

“Of these three choices, Proton VPN is the clear victor if you must use a free VPN.”

He also stated that someone should consider Proton VPN:

“If you can’t pay for a VPN but still want one that respects your privacy.”

The Cyberbnews team rates Proton VPN as the best free VPN overall. In its full review of Proton Mail, Cybernews says that:

“Don’t get the idea that you can find a trustworthy VPN version just about anywhere. VPNs that offer a free version usually do it in the form of a money-back guarantee. The services that use the free forever model are hard to come by.

In this sense, Proton VPN is one of the best options you could get. Especially when it’s free from such restrictions as data caps, which most other freemium VPN services use to lower the load on their server infrastructure. This can be a useful tool for protecting your privacy without spending a dime.“

Proton VPN was named the Best VPN for Free 2018 by the team at VPNpro. They stated simply:

“Proton VPN is already the best choice for those who want a free VPN.”

Their acclaim extends to our security features:

“As the offspring of Proton Mail, this Swiss VPN does security the way very few services do. Aside from the expected super-tough encryption (AES-256, 2048-bit handshake), Proton VPN has no confirmed leaking issues, a great kill switch, and some really cool bonus features. One of these is Secure Core – an interesting take on the multi-hop VPN.”

“Proton VPN is a very polished, privacy-focused VPN service that is secure and very fast when connected to a nearby sever.”

“Proton VPN is an excellent and highly competitive [free] VPN service. You are limited to just three server locations, but with no data limits and speed results that are better than most paid-for services.”

ProPrivacy also listed us among the 10 Best VPN Service Providers for 2019.

GoBestVPN had a lot of good things to say about Proton VPN. They loved our Free Plan, naming us one of their Top 5 Free (or Freemium) VPNs for 2019. In their review of our overall service, they wrote:

“Another differentiating factor is its surprisingly gorgeous layout. All in all, the company’s emphasis on security protocols, a moderate sticker price and a clean interface make Proton VPN a very nice option, especially if your priority is privacy.”

Proton VPN was named one of the Top 6 free VPN providers of 2019 by the team at VPNoverview. In their rankings, they said that our VPN service provided users with the best online safety of any free plan. They also noted that our free plan is the only one that has no data limit:

“There is one good free VPN without a data limit: Proton VPN.”

BestDroidplayer named Proton VPN one of its Top Free VPNs for Windows 10 for 2019. The key for them was the fact that we do not limit our users’ speed or data. They also liked that we do not run advertisements. In their review they had this to say:

“The [Proton VPN] free plan is one of the most attractive on the market.”

Simon Migliano from Top10VPN reviewed dozens of free VPNs and said Proton VPN “is a top choice for those seeking high levels of privacy without spending a cent. … It’s very safe to use, its apps are open-source, and it comes with unlimited data.”

(Migliano also reviewed our paid plan and gave it an even better review.)

On its list of the five Best Free VPN Services to Use in 2019, the VPNStore team named Proton VPN the best free VPN with an unlimited data allowance. To explain the selection of Proton VPN, the team had this to say:

“The free plan is unlimited and it offers the utmost security.”

“There are no limitations on its free plan and according to Proton VPN, there are no catches. It just offers free online privacy for those who need it!”

Proton VPN was the first VPN on VPNCompare’s Top 5 VPN services that cost nothing. Ali Raza, VPNCompare’s reviewer, had high praise for our service:

“The first on our list is Proton VPN – a Swiss-based VPN service whose free plan is generally considered to be one of the best that you could use.”

Proton VPN was the first VPN named on TrustedReview’s list of Best Free VPNs for 2021. To explain why we took the number one position, the TrustedReview team praised our unlimited plan and transparency. They concluded their review by saying:

The team from VPN Room put Proton VPN #1 on its list of Best Free VPNs in 2019. In the review, the team praised our willingness to create a truly free VPN service:

“[With Proton VPN’s free plan] you get to enjoy all the pros that a premium virtual private network brings you – strict no-logging policy, no ads on the app or website, great connection speeds. And sometimes paid VPNs don’t have that!”

Proton VPN was named one of ReviewedbyPro’s Best Free VPNs of 2019. In her review, Alice Woods had this to say about our service:

See an overview of how reviewers rate different aspects of our service, or see detailed reviews of Proton VPN’s paid plans.

While these reviews are great in that they help others to discover the privacy that Proton VPN offers, our number one concern is providing a secure and private VPN service for the Proton community. Let us know what you think on Facebook, Twitter, or Reddit.

Are we missing Proton VPN reviews?

If you have already reviewed Proton VPN and your review is not on our page, email us at media@protonvpn.com, and we will consider adding it.

Do you want to review Proton VPN?