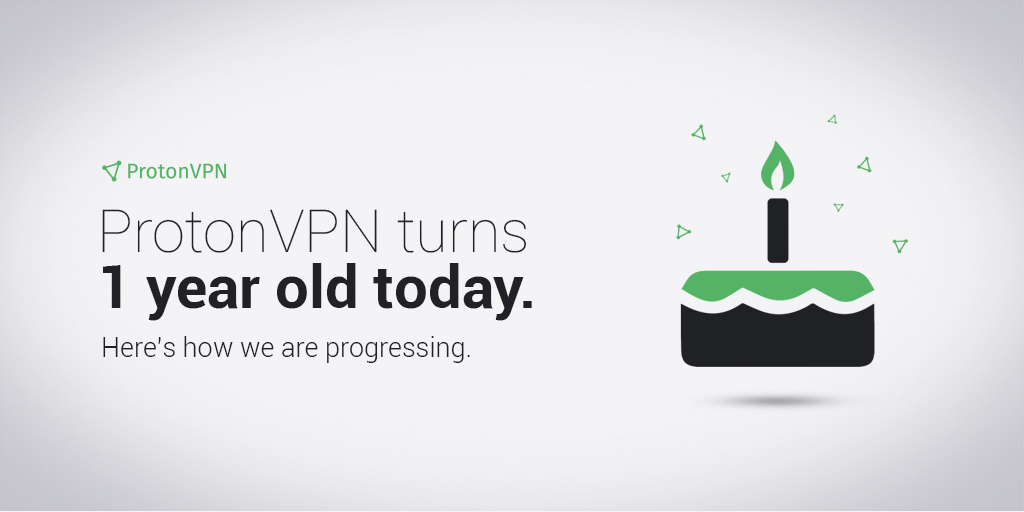 When we launched Proton VPN a year ago, we did it because now more than ever, we need robust tools for defending privacy, security, and freedom online. In particular, we saw a rising risk of increased online censorship targeting secure communications systems such as Proton Mail. Unfortunately, this prediction has come to pass, so Proton VPN was launched just in time.

In the past 12 months, we have seen a number of governments and corporations take aim at encrypted services: Turkey blocked Proton Mail, Iran and Russia blocked Telegram, and Google and Amazon have enabled Iran to block Signal, to give just a few examples. Authoritarian regimes are using censorship to suppress ideas, and Internet service providers are consolidating power over the web. Our mission to make online security and privacy available to all has become more crucial.

While Proton VPN was born out of our desire to provide a trustworthy free VPN service that would help Proton Mail users access their email even under censorship, the project has now grown beyond that. Today there are many people who are using Proton VPN for more than just accessing their Proton Mail. Today, over half a million people use Proton VPN for things like accessing Wikipedia, reaching blocked news sites, or even watching Netflix or the football World Cup.

All this and more is possible thanks to the support from the Proton VPN community, which has made it possible for us to accomplish our mission faster and to continue improving the service. Here’s a look at just a few of the things you’ve helped us achieve: 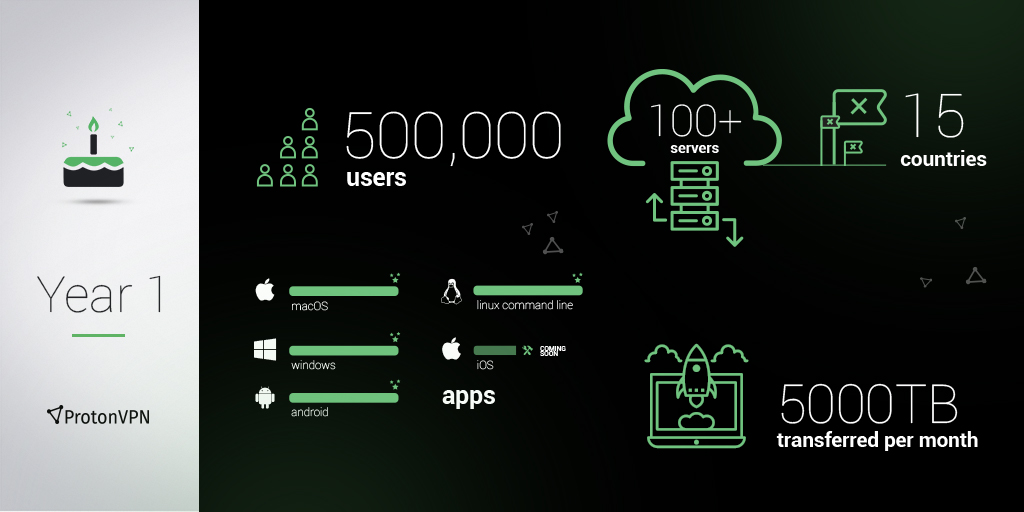 We’re also proud of the feedback we’ve received from users. Our social media feeds and our inboxes are full of encouragement—and constructive criticism—that we take very seriously. We’re grateful to have a community that cares so much about the product and the mission to engage with our team.

We’ve also gotten great reviews from TechRadar, and around the web, from which called Proton VPN “a smart choice for experienced VPN users,” to ghacks.net, which wrote that Proton VPN is “one of the best, if not the best free VPN options right now, hands down.” You can check a full list of Proton VPN reviews.

We set out to make the Internet a better place. Thanks to you, after just one year, we have already made a great deal of progress. Going forward, we will continue to listen to your feedback and make further improvements. If you have ideas for features you would love to see, don’t hesitate to let us know on social media. We look forward to continuing to improve Proton VPN with your support!