Home › Articles & News › Be the first to try out new features on Proton VPN Android. Join our Android Beta Program!

Be the first to try out new features on Proton VPN Android. Join our Android Beta Program! 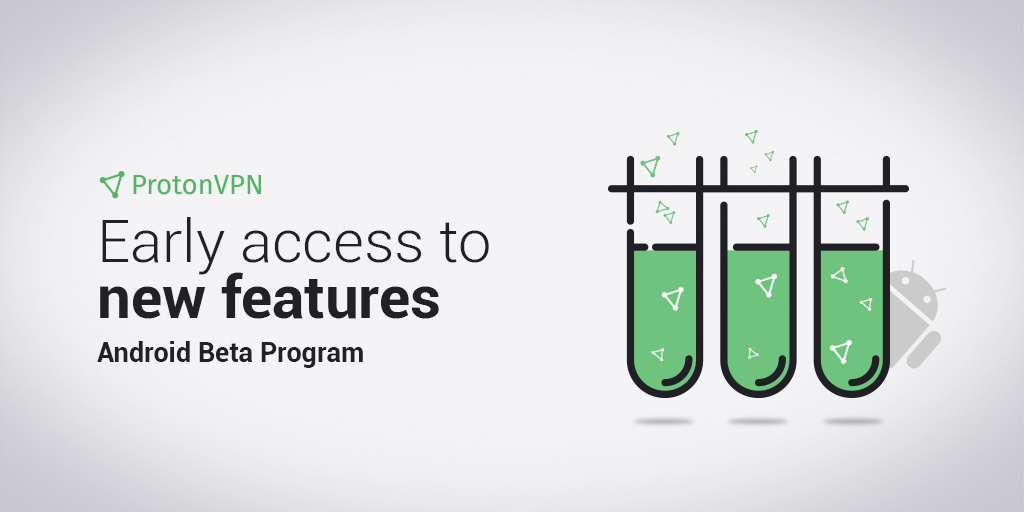 2018 will be a busy year for us as we add more features to Proton VPN and we are very excited about that. A key part of that is getting feedback directly from the community which we serve.

Participants in the program will receive early access to the new versions of the Android Proton VPN app with new features and bug fixes before they become publicly available, and are invited to give feedback to the team.

You can get Proton VPN for free on Android. If you are already an Android Beta user, please uninstall the version of the app and the new secure and free Proton VPN Android app.

To register for the new Beta, visit the bottom of the Proton VPN Play Store page where there is an option to join the Beta program (click where it says “I’m in”).

You can also register by signing up at the following link with your Android Play Store (Google) Account:
https://play.google.com/apps/testing/ch.protonvpn.android

Note: this only works if you first uninstall the Beta from Crashlytics.

If you are not a participant of the old Crashlytics beta program, you do NOT need to uninstall the Proton VPN app you got from the Play store, because the Beta version will automatically replace the Proton VPN app (this happens whenever your Android device updates its apps).

If you find bugs or would like to give other feedback, you can reach our dev team by contacting us here.

You can also leave the Beta program whenever you want via the Proton VPN Play Store page.

Follow us to stay up to date on Proton VPN news and releases:

Irina is one of Proton's longest-serving team members, charged with strengthening and growing our brand and the Proton community. With a background in visual design, events management, and digital marketing, she strongly supports the protection of private data and contributes to building a better internet for generations to come.