Home › Security › What is malware? 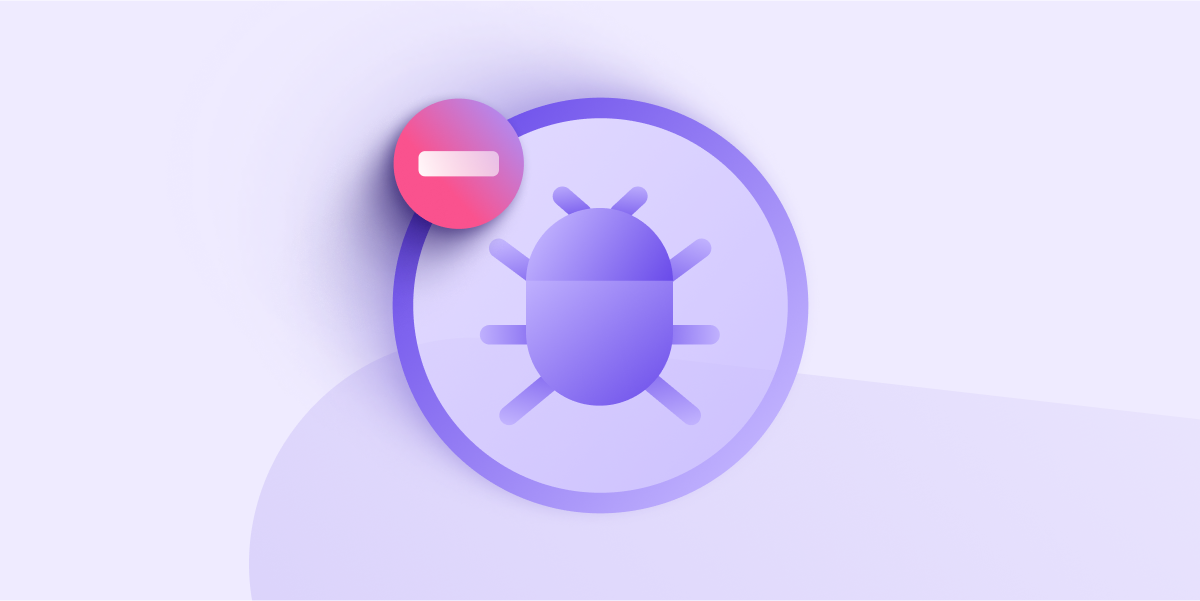 Malware is a general term for any software designed to harm computers or computer systems — from viruses and worms to rootkits, spyware, and ransomware. We explain what malware is, how it works, and how best to protect yourself against malware attacks.

Malware, short for “malicious software”, is any file or piece of code designed to harm or gain unauthorized access to a computer or computer network, including your smartphone or tablet — in other words, any software designed with malicious intent.

Almost 40 million new types of malware were detected in the first quarter of 2022, including viruses, worms, Trojans, adware, spyware, and ransomware. But they’re all designed for one thing: to exploit your device or network to benefit whoever created or deployed the malware.

And you no longer need to be a technical whizz to launch a malware attack. Now any rookie cybercriminal can buy and deploy “off-the-shelf” malware. All it takes is a quick search of the Dark Web and a few Bitcoins to pay for it. You can even get malware as a service (MaaS) — complete with your personal online account.

Malware is any file or piece of code designed to harm or gain unauthorized access to a computer or computer network.

What does malware do?

Malware infiltrates or “infects” your computer, laptop, smartphone, or tablet, usually without your knowledge. Depending on the type of malware, whoever deployed it could then:

While some types of malware are illegal and can have disastrous consequences, others are legal and just annoying — showing you unwanted ads or slowing down your device.

What are the main types of malware?

People often talk about “viruses” and “malware” as if they’re the same thing. Yet viruses are just one of many types of malicious software.

The most common types of malware can be classified according to how they spread (such as viruses, worms, Trojans, malvertising) or how they behave (like ransomware, spyware, adware, cryptojacking, and rootkits).

A virus is malware that spreads from computer to computer or across networks. Like a biological virus, it infects a host program to replicate itself and cause damage.

A worm is also designed to spread from device to device and cause harm. But unlike a virus, a worm doesn’t need a host program to survive and thrive. It can wreak havoc alone.

Trojans, or Trojan horses, are created to look like useful, legitimate software. But once installed, they execute malicious code you don’t expect and can’t control.

For example, a remote access Trojan (RAT), also known as a “backdoor”, gives an attacker full administrative access, allowing them to control your device remotely.

Malvertising, short for “malicious advertising”, is when fraudsters inject ads or ad networks with code to redirect you to a malicious site or install malware. As malvertising may exploit legitimate and even well-known websites, it can be tough to detect.

Ransomware attacks encrypt your device, scrambling your data or locking you out. Criminals then demand a ransom to decrypt or “unlock” it.

Examples of ransomware include CryptoLocker and the notorious 2017 WannaCry attack, which infected computers in over 150 countries and reportedly caused billions of dollars in losses.

Spyware collects information about you and sends it to a third party without your consent. While some spyware may be legitimate (as used by employers, law enforcement, or advertisers), other types may steal sensitive personal details for identity theft.

Keyloggers are a particular kind of spyware that records every keystroke you make — ideal for hackers to steal passwords and other personal data.

Adware is unwanted software that displays ads on your device, often in pop-up windows. It often gets downloaded automatically as the price you pay for “free” software. While not always illegal or malicious, adware can be annoying and slow down your device.

Cryptojacking malware, also known as crypto-malware, takes over your device and exploits it to mine Bitcoin or other cryptocurrencies. Designed to operate secretly in the background, crypto-malware shouldn’t damage your device, but it will drain its resources, slowing it down.

Rootkits can give criminals administrator or root access to everything on your device. As rootkits are a kind of fileless malware using built-in tools in your computer’s operating system, they’re particularly difficult to detect.

Hybrid and other malware

In practice, most online threats are a bundle of more than one type of malware. For example, ransomware often uses a Trojan to attack. And others may be polymorphic malware, which can periodically change their appearance to evade detection.

Another generic type is so-called zero-day malware, any malicious software that takes advantage of computer vulnerabilities before they are patched. A recent example is the Microsoft Office zero-day called “Follina”.

There’s also grayware or potentially unwanted programs (PUP), which includes some adware and spyware. Sitting in the gray area between legitimate apps and malware, grayware may not be primarily malicious but can be annoying and compromise your device’s performance and security.

How can you get malware?

The most common ways to get infected with malware are via email (phishing), infected USB drives, or the internet.

Phishing is when fraudsters send you spam emails (malspam) or text messages that look legitimate but contain malicious links or attachments. Unexpected messages from your bank, a government agency, your internet service provider, or PayPal could be from fraudsters aiming to trick you. All you need to do is click on the link or download the attachment and you’ll activate the malware or be redirected to a malicious site.

You may think a USB stick or external hard drive is blank, but it can be loaded with malware that installs automatically when you plug it in. There are even malicious cables that can record everything you type, including passwords. So beware of any USB device or cables you don’t own — don’t plug them in unless you know where they’re from.

Legitimate apps can come bundled with malicious code if you don’t download them from an official app store or trusted website. Make sure you only download real apps from genuine sources.

Malvertising uses legitimate ad networks to deliver malicious software, so beware of clicking on digital ads, even on well-known sites. You could get infected or redirected to a malicious site.

Hackers can exploit insecure WiFi networks, such as networks with weak or no passwords, to spread malware. Malware can also spread via Bluetooth by exploiting unpatched vulnerabilities in older versions of operating systems.

While most malware is delivered by tricking you into taking action (social engineering), you can also get infected simply by visiting a malicious website or even a legitimate site that has been hacked. Click through to one of these sites and you could fall victim to a drive-by download.

In short, you could be exposed to malware whenever you’re online.

Can Macs get malware?

It’s often said that Mac computers “don’t get viruses”. Yet recent reports show that Mac malware is on the rise, and even Apple now publishes advice on protecting your Mac from malware.

Cybercriminals used to focus on Windows machines, as they comprised nearly the whole market. But hackers are increasingly targeting Macs as their popularity and market share grow.

Even Linux-based operating systems can be hit by malware, though it remains rare on desktop installations. Linux malware increased by 35% in 2021, mainly targeting distros and builds running the growing Internet of Things (IoT).

Can mobiles get malware?

Although malware has traditionally targeted desktop computers and networks, malware designed for mobile devices is a growing threat. That’s no surprise, as around half of global internet traffic is now mobile.

Like personal computers, phones can be infected when we tap a link in spam emails or text messages or install a malicious app. Kaspersky alone recorded around 3.5 million malicious installations on mobiles last year. Malware can also infiltrate mobiles via Bluetooth or WiFi.

Since Android phones make up at least 70% of the global mobile market, Android OS remains the prime target for mobile malware.

Google vets apps in the Google Play Store, but malware still manages to sneak in. One recent example is the Dark Herring “fleeceware” campaign, which hit over 100 million Android phones and may have stolen millions of dollars from users.

While malware on iPhones and iPads is relatively rare compared to Android devices, iOS and iPadOS are by no means impregnable. Like Google, Apple vets apps in its App Store, but multi-million dollar scams have been found on the platform.

If you “jailbreak” your iPhone — remove its restrictions to install apps bypassing the App Store — you’ll leave yourself even more exposed to malware (and void your device’s warranty).

And if you’re unlucky enough to be targeted by a nation-state with millions to spend, you could fall victim to spyware like Pegasus, which hacked into iPhones without users’ knowledge.

How to detect and remove malware

Although some kinds of malware can lay dormant until triggered or operate invisibly in the background, others manifest themselves in different ways.

Look out for these signs of a malware infection:

If you suspect your device is infected, install good antivirus or malware removal software (if you haven’t already) and run a scan. A scan should discover any malware lurking on your device and remove or quarantine it. Or try running Microsoft Defender, the built-in anti-malware solution, if you’re on Windows.

And if you get that dreaded ransom demand, there are ways to recover from ransomware if you’re prepared. But as always, prevention is better than cure.

How to prevent malware attacks

Malware only works by exploiting computer vulnerabilities and the mistakes we make as users. According to Verizon, over 80% of recent data breaches involved human error.

Protect yourself against malware

Here are some tips to strengthen the security of your devices and help you stay vigilant against malware attacks:

Protect your business against malware

If you’re running a business, you’ll need to take the same precautions to block malware as you do at home, just scaled up to fit your company:

From pesky PUP to treacherous Trojans demanding ransoms or stealing your passwords, malware comes in many forms and is constantly evolving.

Remember that even legitimate software can be just plain bad, selling your personal data to the highest bidder or draining your device’s resources. So be careful what you click on — check the fine print before you download and install.

To beat malware, Proton Mail actively checks external incoming email for malspam and includes link confirmation to help you spot phishing. Get a Proton VPN paid plan and you can also switch on NetShield, which blocks malware, adware, and other trackers that slow your device down.

And remember these three takeaways from the tips above to keep malware at bay, whatever device you’re using:

In short, to beat malware, update, scan, and beware!

Harry studied Arabic, Spanish and Russian and worked as a translator and writer in a range of industries, including a stint in Moscow monitoring the Russian media for the BBC. A long-standing Proton fan, he joined the company to help build an internet that serves the interests of people, not governments and Big Tech.