Home › Articles & News › State censorship is on the rise. Here are six countries where online freedom is under siege

State censorship is on the rise. Here are six countries where online freedom is under siege 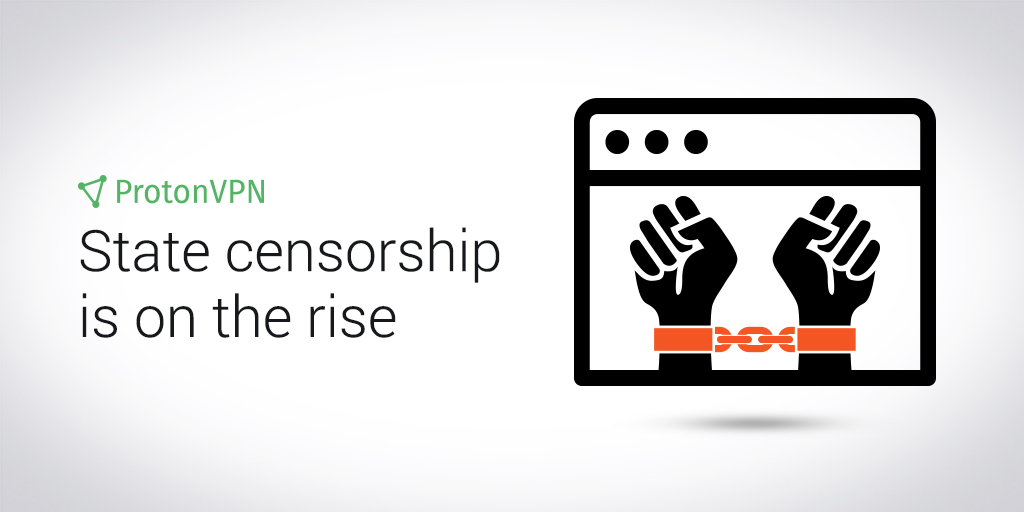 Countries across the globe are rolling back freedom of speech and freedom of the press, including on the Internet. While the Internet was once a symbol of the freedom of the press, a place where free speech and information were impossible to restrict, it is now also a tool of the oppressor. Government agencies can monitor their citizens’ online activity and can limit and control the news they consume. This repression has been used to silence political opponents, marginalize minorities, and leave citizens without reliable access to trustworthy information.

Here are several recent examples that illustrate why it is more important than ever to fight for online freedom.

Vietnam – Government cracks down on dissent
Earlier this year, Le Dinh Luong, an environmental campaigner, was sentenced to 20 years in prison for content he posted to Facebook. His trial was a major escalation against activists on social media by the one-party state. In the wake of this trial, the Vietnamese government proposed a law that would require tech companies, such as Facebook, Twitter, and Google, to host Vietnamese citizens’ data on servers in Vietnam, following the examples of Brazil, China, and Russia. This trial follows the suspension of the Tuoi Tre website, a news organization run by the Ho Chi Minh Communist Youth Union that had run several stories regarding corruption. Tuoi Tre’s newspaper was also fined $9,500 and charged with running fake news.

Belarus – Media blockade escalates into threats
Belarus’s information ministry began blocking Charter97, a Belarusian news site, in December 2017 for posting reports that were “liable to harm Belarus’s national interests.” When Charter97 continued reporting through a mirror site, their editor, Natallia Radzina, began receiving death threats. Radzina, who has lived in exile in Poland since she was arrested by the Belarusian KGB in 2010, has no doubt that the threats are coming from the Belarusian government. This summer, Belarus’s Prosecutor General began drafting a law that would allow the state to prosecute individuals and organizations that spread “fake news” on the Internet.

Turkey – Nothing will get through
The Turkish government, which doesn’t tolerate protests or opposition newspapers, has this year turned its attention to the Internet, one of the few outlets left in the country for free speech. In 2016, the Erdogan regime shut down over 150 media outlets and began jailing journalists on scale not seen outside of China. This year, a proposed law would force outlets streaming content via the Internet in Turkey to be licensed. The Radio and Television Supreme Council would be empowered to cut live streams, assess fines, and approve content. This is in addition to the hundreds of thousands of websites that the Turkish telecommunications regulators already block.

Tanzania – You must pay to share your opinions
This summer, Tanzania passed the Electronic and Postal Communications (Online Content) Regulations, a new statute that requires anyone running a website, including personal blogs, to pay roughly $930 dollars in registration fees and bans content that is “indecent,” “annoying,” or anything that might “lead to public disorder.” Any violation of these new laws will result in a $2,200 fine and possible jail time. These fees and fines create a very real financial barrier in a country where the majority of people live on less than $2 a day. This law was passed just two years after the country sentenced a journalist to three years in prison for calling the Tanzanian president an “idiot” on Facebook.

Mexico – Attacked from all sides
Journalists in Mexico have been brutally attacked for years. Much of this violence is attributable to the narco gangs, but recently, public authorities and officials have been more aggressive attacking journalists as well. Earlier this year, several journalists were on scene at a confrontation between a vigilante group and the state police when the state police started attacking them, threatening to “make them disappear” if they did not stop reporting. Reports indicate that of the 426 acts of aggression against journalists in 2016, 53 percent were carried out by public officials at different levels of the government and that 99.7 percent of these attacks went unpunished.

These examples do not even take into account the dangers that journalists face in totalitarian regimes such as China, Iran, and Russia where journalists go missing and websites are regularly altered or banned by censors. In these countries, accessing trustworthy information is a constant challenge and reporting the news is a dangerous endeavor.

The free exchange of ideas is a fundamental part of democracy. Regimes that wish to replace democracy with authoritarianism and single-party rule will always start by dismantling the forums and tools where free speech is possible. These days, that usually means the Internet. While Western countries have been largely protected from censorship, they are not immune, and mass surveillance is a long-established fact. The goal of Proton VPN is to fight back against this trend by providing free tools to circumvent online censorship. However, countering censorship requires more than just providing a free VPN service that anyone can use. It is also important to shine the spotlight on the various abuses that are occurring and make it clear that the world is watching.