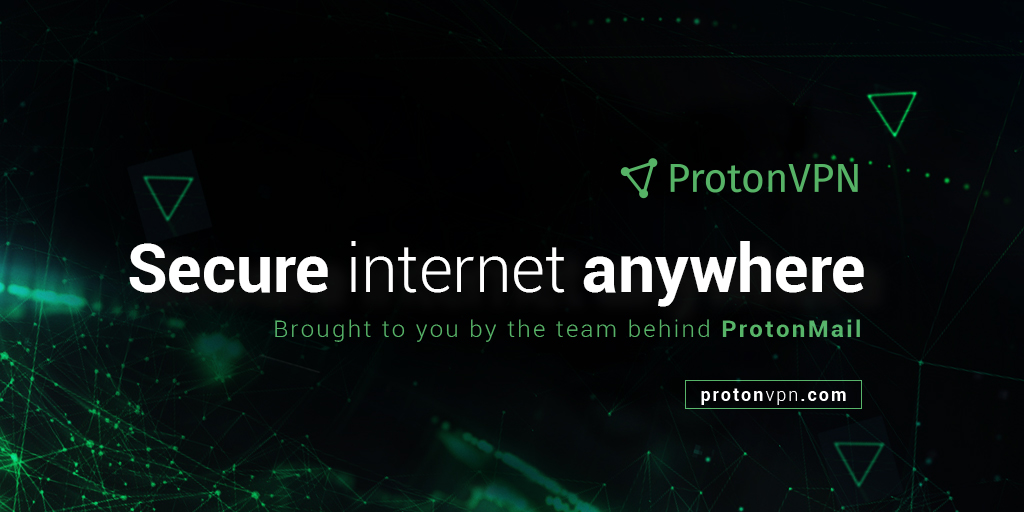 We’re happy to announce that as of 12:00PM Geneva time today, Proton VPN is now available to the general public. Proton VPN is officially out of beta and we are allowing open signups for the first time.

You can now directly get Proton VPN by visiting https://protonvpn.com/download

After more than 1 year of development, and four months of beta testing by over 10’000 members of the Proton Mail community, we’re finally making Proton VPN available to everyone. And we really mean everyone, because consistent with our mission to make privacy and security accessible to every single person in the world, we’re also releasing Proton VPN as a free VPN service.

Back in 2013, we embarked on a journey to change this, by building the tools that could make privacy and security the default online. In 2014, on the 25th anniversary of the web, our efforts culminated with the release of Proton Mail, the world’s first end-to-end encrypted email service. Since then millions of people around the world have embraced our vision, and thanks to your support (and the numerous donations along the way), email is much safer today than it was several years ago.

However, when considering the scope of all that we do online, email is just a small piece of the online world. That’s why we have decided to build Proton VPN, to better protect the activists, journalists, and individuals who are currently using Proton Mail to secure their online lives. A VPN (Virtual Private Network) allows users to browse the web without being tracked, bypass online censorship blocks, and also increases security by passing all internet traffic through a strongly encrypted tunnel.

We are also aware that as Proton Mail becomes a stronger force for digital freedom, the censorship of Proton Mail in certain countries is not a matter of if, but a matter of when. Earlier this year, we took the first steps to improve Proton Mail’s availability under censorship by launching an Onion site. With Proton VPN, we can ensure the accessibility of not only Proton Mail, but all of the world’s digital knowledge and information. This is why we are committed to providing a free version of Proton VPN.

However, we have done more than make Proton VPN free. We have also worked to make it the best VPN service ever created, by addressing many of the common pitfalls with VPNs. For example, Proton VPN features a Secure Core architecture which routes traffic through multiple encrypted tunnels in multiple countries to better defend against network based attacks, and also features seamless integration with the Tor anonymity network. You can learn about all the steps we took to build a secure VPN.

Lastly, we’re building a VPN service that can be worthy of your trust. We understand that when it comes to VPNs, trust is paramount. Whether it is our transparent VPN threat model, our Swiss jurisdiction, our reputation, our relationship with the community, or the fact that you actually know who we are, we’re committed to building and operating Proton VPN with the same level of transparency that has come to characterize Proton Mail.

To all of you who have supported us over the years, thank you for your support. Unlike companies like Google and Facebook who abuse user privacy to sell advertisements, Proton Mail and Proton VPN are entirely dependent on users upgrading to paid accounts to cover operating expenses. Without your support, these projects would not be able to thrive and grow. If you appreciate the security and privacy that Proton VPN provides, and have the means to do so, please consider upgrading to a paid account. This allows us to support the millions around the world without these means.

With your help, the revolution we have started with Proton Mail will continue, and we will reach the day where the Internet serves all of us equally, and reaches its full potential as a tool for freedom.

To get a free Proton VPN account, visit: https://protonvpn.com/free-vpn