How to watch the 2019 FIBA Basketball World Cup live online 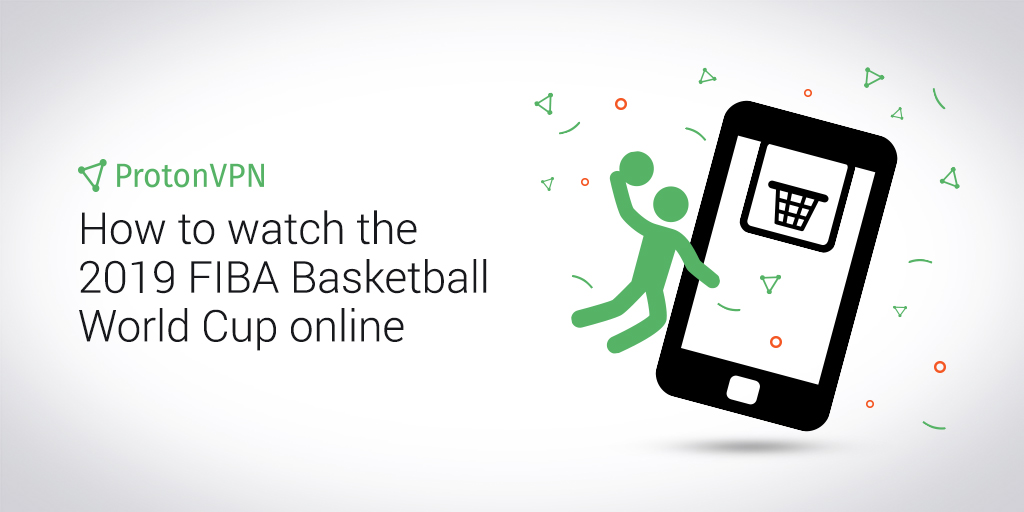 Some of the world’s best basketball players have gathered in China to represent their country. Can the US hang on to its crown despite sending a team with only one NBA All-Star? Or can the upstart Greek or Serbian team, led by Giannis Antetokounmpo and Nikola Jokic respectively, take them down?

This safe online streaming guide will help you watch the 2019 basketball World Cup while keeping your online activity private and secure.

When is the FIBA World Cup?

Who is playing in this year’s basketball World Cup?

This year’s tournament had 32 teams competing vying to be world champion. In the first round, they were divided into eight groups of four. Out of those 32 teams, 16 made it through to the second group stage. Here are the teams that are left, along with their groups:

This is a rare opportunity for hoops fans to watch their favorite players outside the NBA. Over 90 games will be played in a little over two weeks as these players leave it all on the court for pride and country. We believe that all basketball fans should be able to watch the World Cup with the security and privacy of a VPN connection. By signing up for Proton VPN, you can securely watch your favorite team online from anywhere in the world. To access the online streams, you will need a Proton VPN Plus or Visionary plan, which start at just $8/month. If you already use the Free or Basic Proton VPN plan, click the Upgrade button to catch all the big games.

Where to find the FIBA Basketball World Cup

Unfortunately, not many television networks are carrying the FIBA Basketball World Cup. But you can find the tournament online in most countries. If you sign up for an account with LiveBasketball.tv for and connect with any Proton VPN Plus server in the UK, you will be able to catch all the action. LiveBasketball.tv is offering a special pass for the FIBA Basketball World Cup for £8.99. You can access its content on your phone, tablet, or laptop. (Note: These servers were recently confirmed to be working, but we cannot guarantee they will continue to work. We will update this list if we become aware of changes.)

Everybody wants to watch Rudy Gobert swat a shot on their big screen TV, but if you’re on the run that doesn’t mean you have to miss the game. With Proton VPN mobile apps, you can stream the game on your phone, tablet, or laptop while you are on the bus or train. Download the Proton VPN app for Android, Windows, macOS, or iOS.

We hope your team does well this tournament, but, win or lose, your online activity will remain safe when you stream over a Proton VPN-encrypted connection. Follow us on Twitter @ProtonVPN and let us know if your team won!