How to install a VPN on Kali Linux

Our Linux app officially supports Kali Linux. If you are using the community-developed version of our Linux app, please uninstall it before installing this app. 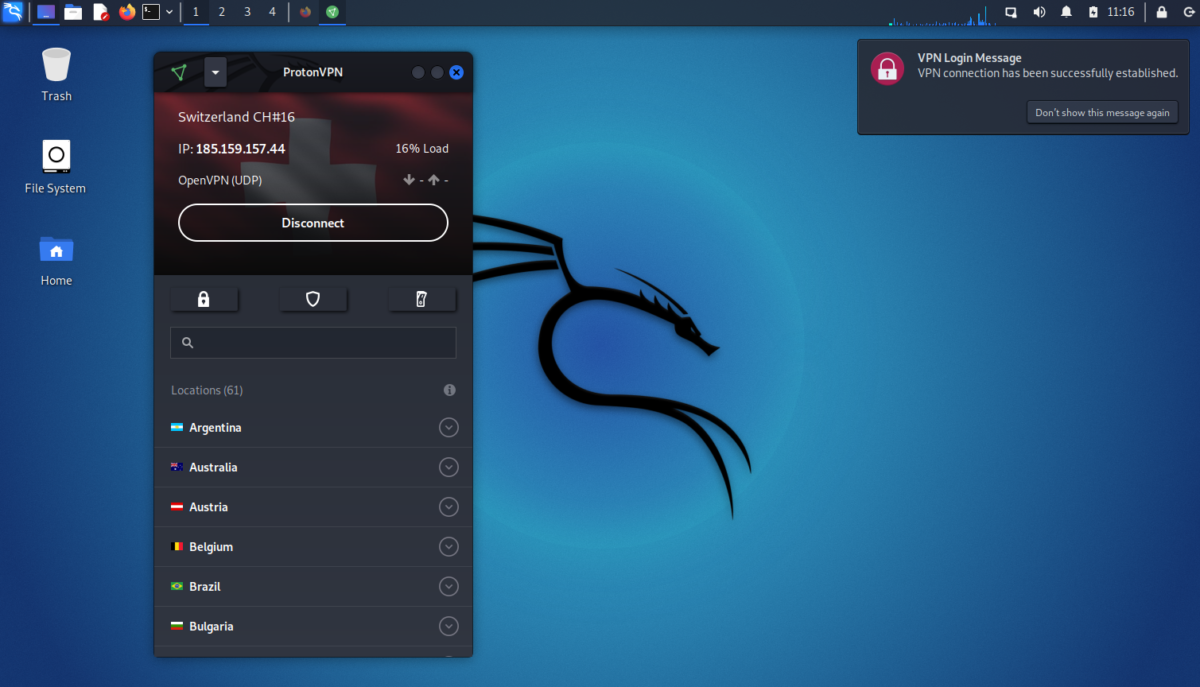 1. Our DEB package installs the Proton VPN repository on your system.

Open a terminal and run the following:

Replace {/path/to/} with the path to where you download the file. For example:

The Proton VPN Linux app is now ready to secure your internet browsing and allow you to access the internet without censorship blocks. However, please note that the system tray icon may not work on Kali Linux. This is because the system tray icon requires dependencies that have been deprecated.

1. How to uninstall the old community Proton VPN app

The old community Linux app should be uninstalled before installing our new official app. To do this, open Terminal and enter:

2. How to disable Kill Switch if you have uninstalled the official app

You should disable Kill Switch before uninstalling our official app. If you don’t then your system may become unable to access the internet. To remove the Kill Switch after the app has been uninstalled:

Note that most distros come pre-installed with one of these dependencies, so usually, no additional configuration is required.

4. Try out the early release version of this app