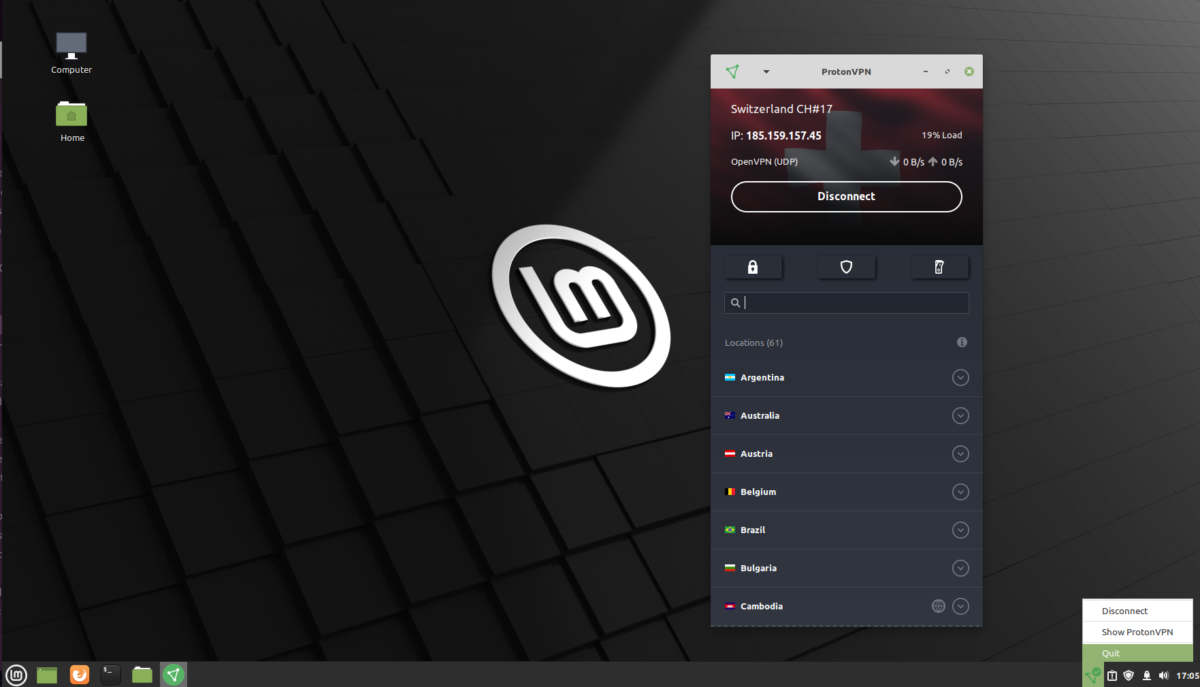 Important: You cannot upgrade from the early access version of our Linux app to the stable version. You will need to uninstall the early access app and then install the official app. Similarly, if you are using the community-developed version of our Linux app or the stable version of the Proton VPN Linux app, we recommend you uninstall it before installing the new app. See the Notes section at the end of this article for instructions.

The Proton VPN Linux app is now installed and can be run from your application launcher menu.

4. Disable the kill switch if you have uninstalled the official app

If the community app is still installed, you can simply disable the kill switch from within the app. If you have uninstalled it with the kill switch still enabled, then this won’t be possible, and you may not be able to access the internet. To fix this:

Our Linux app needs one of the following dependencies installed to work. Installing both of these dependencies is not recommended as it may cause problems: