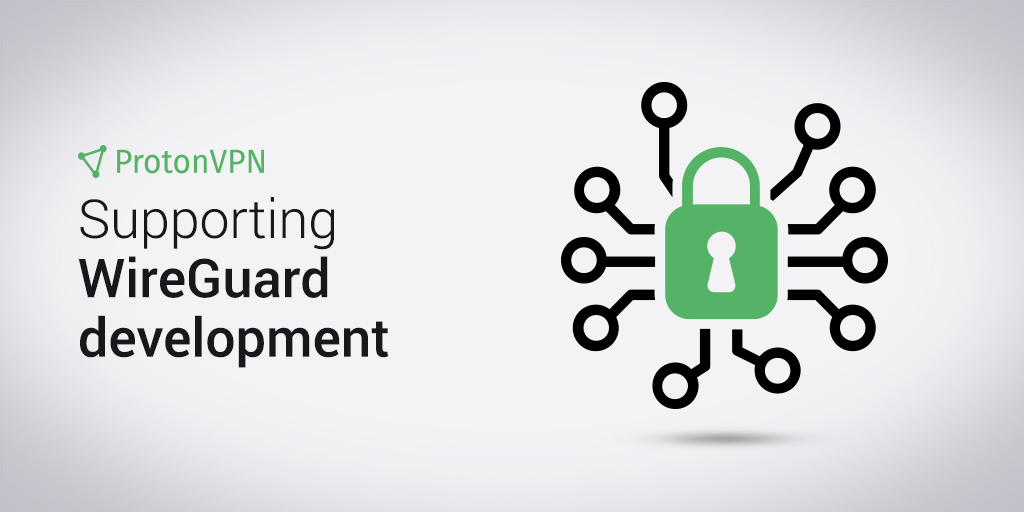 Proton VPN was launched in 2017 with a mission to help the Internet live up to its promise of freedom of information. To keep that mission alive, we are supporting the development of WireGuard, a new VPN protocol.

We are celebrating this holiday season by supporting organizations that align with our mission of providing online security and privacy to everyone. You can donate directly to WireGuard’s development (link below), or you can participate in the associated Proton Mail Lifetime account charity auction.

Millions of people rely on Proton VPN every day to keep their online activity secure and private. However, to maintain this level of security, we must continuously update and upgrade our software and protocols. We are committed to staying at the forefront of technological developments, and that’s why we are following WireGuard’s development closely. We feel that WireGuard, a new open-source VPN protocol, could be instrumental in building a better VPN.

Most importantly, WireGuard and its cryptography have been formally evaluated and verified by several research groups. Their findings have convinced us that WireGuard is secure enough to be considered for Proton VPN.

When will WireGuard come to Proton VPN?

We have already set up the first WireGuard Proton VPN servers for internal testing and experimentation, but it will be some time before we do a public deployment. As far as VPN protocols go, WireGuard is still very new. Bugs and other instabilities could still exist, and there are not many software libraries that support WireGuard. Support within mainline Linux distributions is also still in progress.

Today, Proton VPN provides native clients on Windows, macOS, Android, and iOS, and to fully support WireGuard, the protocol would need to mature on all those platforms. In short, there is quite a bit of work ahead (not all of it dependent on us) before WireGuard can reach the same level of compatibility as legacy protocols like OpenVPN and IKEv2, and be ready for deployment to millions of users.